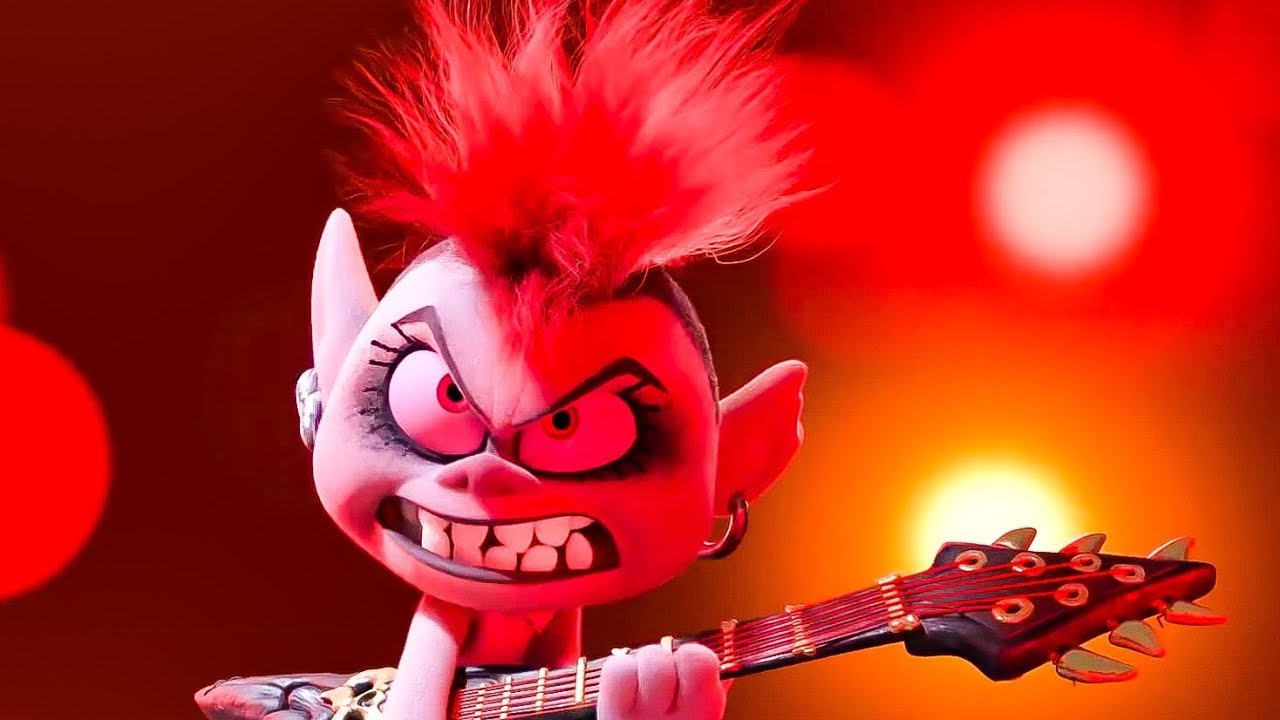 Dreamworks could’ve had just another forgettable animated film with 2016’s Trolls, but then Justin Timberlake’s “Can’t Stop the Feeling” caught on like wildfire. Not only did it help power the film to over $300 worldwide, but won a Grammy Award and earned an Oscar nomination in the process. Now they’ve decided to just go all-in with the musical acts for the sequel, Trolls World Tour, and hopefully they find a way to get a story out of all the celebrity guest stars.

Timberlake returns to voice Branch, with Anna Kendrick as Poppy, who have learned they are part of only one of six troll clans scattered across the land. Each tribe worships a different genre of music: Funk, Country, Techno, Classical, Pop and Rock. That’s where all the musical guest stars come in. Ozzy Osbourne voices King Thrash, who rules the land of hard rock along with his daughter Queen Barb, voiced by Rachel Bloom. Mary J. Blige, George Clinton, Kelly Clarkson, Gwen Stefani, Ester Dean, Icona Pop, and Chance the Rapper are on board, along with Sam Rockwell, James Corden, Kenan Thompson, Karan Soni, Jaime Dornan, Charlyne Yi, and too many others to list here.

SYNOPSIS: Four years after the events of the first film, Poppy (Anna Kendrick) and Branch (Justin Timberlake) discover that they are but one of six different Troll tribes scattered over six different lands, each devoted to a different form of music: Pop, Funk, Classical, Techno, Country and Rock. Their world is about to get a lot bigger, and a whole lot louder, as member of hard-rock royalty, Queen Barb (Rachel Bloom), aided by her father King Thrash (Ozzy Osbourne), wants to destroy all other kinds of music to let rock reign supreme. With the fate of the world at stake, Poppy and Branch, along with their friends — Biggie (James Corden), Chenille, Satin (Icona Pop), DJ Suki (Gwen Stefani), Cooper (Ron Funches) and Guy Diamond (Kunal Nayyar) — set out to visit all the other lands to unify the Trolls in harmony against Barb, who’s looking to upstage them all.