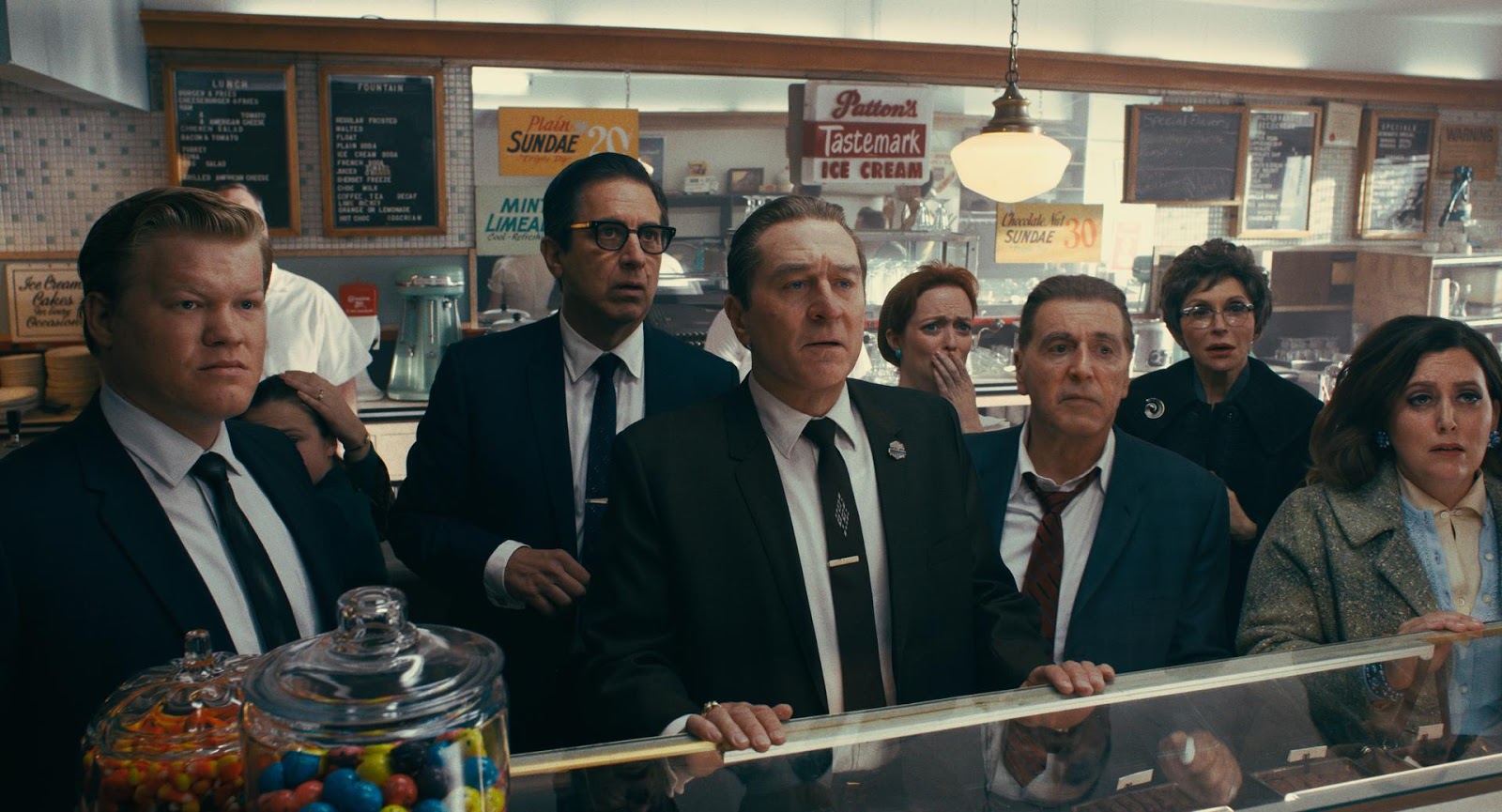 After a shortened theatrical run that has pissed off theater owners, Martin Scorsese’s The Irishman is soon to hit Netflix. The streamer is putting a ton of muscle behind their awards campaign for the film, unsurprising given the huge investment and the prestige that comes with a film that unites Scorsese with Robert De Niro, Al Pacino, and Joe Pesci. Now a new trailer gives one more look at the mob drama which many are calling one of the year’s best.

De Niro plays mob hitman Frank Sheeran, whose book I Heard You Paint Houses recounts a wild career of criminality, including his claim to have murdered Teamsters boss Jimmy Hoffa. But if you go into The Irishman expecting another Goodfellas, you’ll be sorely disappointed. This is Scorsese exploring what happens when time catches up to those who have lived a life full of murder and betrayal. Can there be any peace for someone like Sheeran? The rest of the cast includes Ray Romano, Harvey Keitel, Bobby Cannavale, Anna Paquin, Stephen Graham, Stephanie Kurtzuba, Jack Huston, Kathrine Narducci, and Jesse Plemons.

The Irishman is in theaters now but comes to Netflix on November 27th.