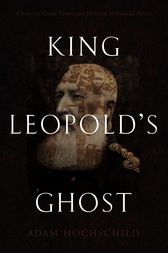 We all had a good laugh when Shuri called Martin Freeman “colonist” in Black Panther, but I don’t think the majority of folks knew what a evil moniker she was assigning to him. We know bad things happened and we know that Africa has long been plundered for its vast natural resources, but the details are where the devil lies, as they say.

Ben Affleck is gearing up to produce and direct the adaptation of King Leopold’s Ghost a fact-based story about a time when King Leopold became the richest man in the world by employing unspeakable violence and brutality against the people of the Congo in a bid to harvest all of their ivory and rubber. Affleck has shown he is more then capable of handling a story of this size and while it remains to be seen if he will be able to deliver it with the deft hand that will be required, and whether or not this should be a film directed by a person of color. Those things aside I think we can count on Affleck to deliver the depth and emotion required by this story.

Here’s the synopsis from Deadline:

This film is an account of the Congolese who defied Leopold II and fought back. Their heroic plight sparked a daring and unlikely alliance between a black American missionary, an English investigative journalist and an Irish spy that shone a light on the horrors and gave birth to the first human rights movement. Once photographs were made public, Leopold’s charade of spreading Christianity in the heart of darkness was exposed as a greedy ruse, and the king was assailed by the likes of Mark Twain, Booker T. Washington, Arthur Conan Doyle and Joseph Conrad, whose disgust with Leopold’s “civilizing mission” led to writing Heart of Darkness.