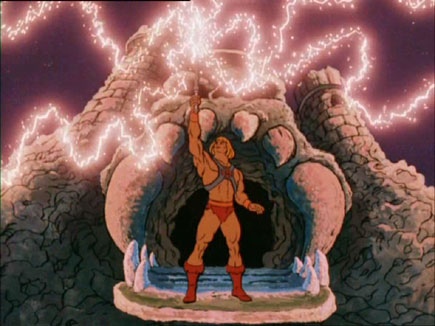 Considering all of the years Sony has put into developing a live-action Master of the universe movie, you’d think confidence in it would be the one thing they’d have. But apparently not, as the bath Sony took on Men in Black: International has them scared to launch into another big-budget franchise that could turn out to be a dud. And who is the savior of choice when a dubious project is in need of a safe new home? Hey Netflix, there’s a room in Castle Grayskull with your name on it.

THR reports Sony is looking to offload their forever-developing Masters of the Universe movie to Netflix for distribution. That way they can score an easy upfront payment which will cover some of the costs they’ve already incurred and maybe turn a profit, avoiding the risk of another box office flop.

So what’s in it for Netflix? Well, there are a couple of reasons why they might be interested. First, the film is to star Noah Centineo, the heartthrob who really became a sex symbol for his roles in Netflix films To All the Boys I’ve Loved Before , Sierra Burgess is a Loser, and The Perfect Date. The streamer’s audience simply can’t get enough of the guy.  Second, Netflix already has an animated He-Man series on the way from Kevin Smith, with a popular She-Ra series currently running, and adding a live-action movie would fit right in. They could become the place-to-be for fans who grew up on the ’80s toy line and cartoon.

For now, Masters of the Universe is set for a March 2021 release.