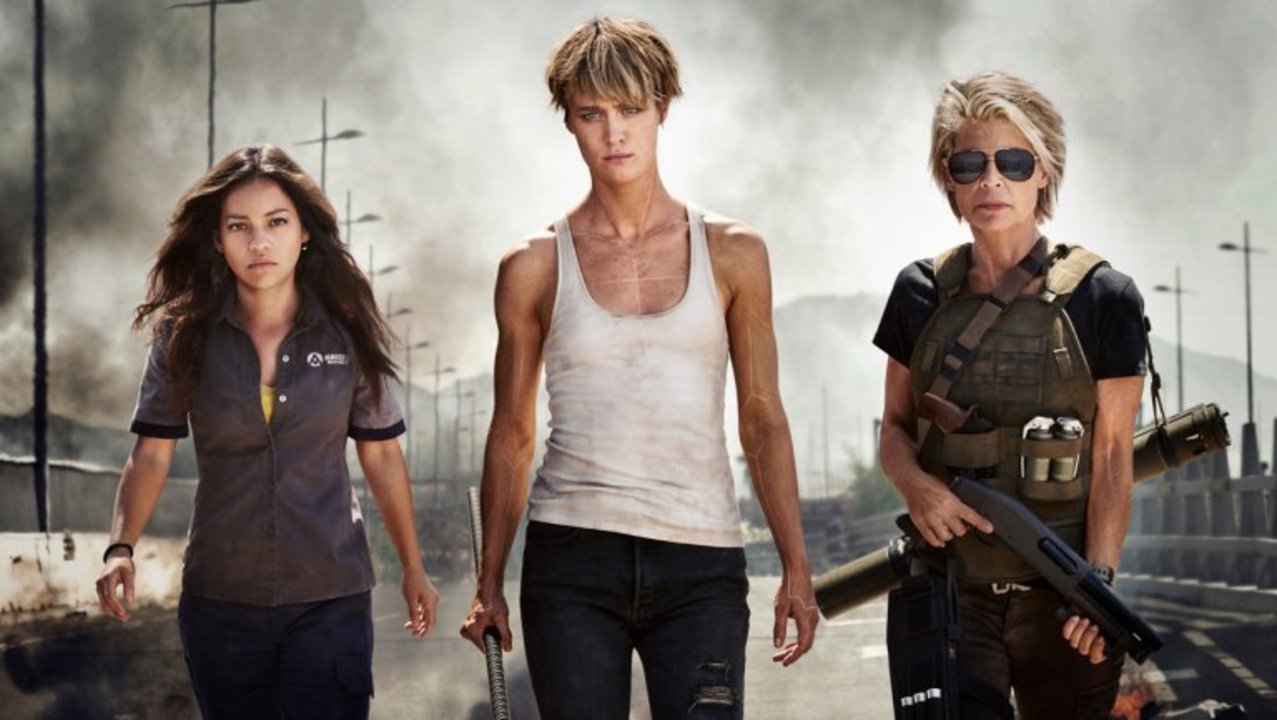 The Terminator franchise has not been a well-oiled machine in quite sometime, although I don’t count myself in the camp of those who feel everything post T2: Judgment Day needs to be ignored. The sequels that followed James Cameron’s unquestioned classic were mostly competent but forgettable. We expect, and should get, a lot more than that from Terminator, and one thing all of those sequels proved is that it wasn’t going to happen without two ingredients: the returns of Cameron and star Linda Hamilton.

Terminator: Dark Fate is the best this franchise has been in two decades, and that’s not a setup for an easy joke about it being a low bar. This is the thrilling, action-packed sci-fi movie we’ve been hoping it to be, paying homage to what came before while charting a daring new course. Leave it to the returning James Cameron as a creative force and Linda Hamilton as the war-hardened, seen-too-much Sarah Connor to be the spark Terminator so desperately needed.

What you’re not going to get? Bogged down in a lot of murky junk about time travel and future tech. I know a lot of people dig that aspect of these movies but Terminator: Dark Fate takes from the first two movies in that it’s a straight-up chase movie, a sci-fi horror with an unstoppable killer on the warpath. A shocking prelude set just a few years after T2 establishes the stakes: this movie won’t retcon anything we saw in that movie. It deals with everything in ways that are unexpected and rewarding. Two decades later and the familiar blue energy signature drops new arrivals from the future. One is a young woman, Grace (Mackenzie Davis), a cybernetically-enhanced human sent on a mission to protect Dani Ramos (Natalia Reyes) from the other timeline-jumper, a futuristic Rev-9 Terminator (Gabriel Luna) whose liquid metal frame gives him abilities similar to Robert Patrick’s T-1000, and a lot more.

Terminator: Dark Fate may be a direct sequel to T2 but it doesn’t feel like the other movies. Largely taking place on the Mexico/Texas border, there’s a heavy Latino focus and nods to the immigration crisis that are such a big part of our news cycle. I jokingly referred to it as Terminator: Sin Nombre during one train escape sequence.  The emphasis is also largely on the women, with Hamilton’s Sarah Connor coming in guns blazing and with a massive chip on her shoulder. She’s been through what Dani is going through, and while she’s reluctant to play Mother Teresa to this trio of ladies, there’s nobody better equipped to handle it. Grace also gets a lot of time to shine, as the enhanced soldier more than holds her own against the Terminator threat. The beating heart of the film is Dani Ramos, though, with Natalia Reyes’ tough, humanizing portrayal a large part of the reason this movie feels so fresh.

While Dani’s circumstances mirror what Sarah Connor endured, the screenplay by David Goyer, Justin Rhodes, and Billy Ray puts a feminist spin on it that we never would’ve seen in 1984, and honestly, we never would’ve thought anything was wrong with that. Representation is a big part of Terminator: Dark Fate and that is a huge plus without it coming across as forced.

Of course, you can’t make a Terminator movie without Arnold Schwarzenegger, right? He’s been a part of every single one of them. Even the one he wasn’t in, Terminator Salvation, had to create a CGI version just for a single cameo. It wouldn’t be fair to give away how and why the T-800 is still out there, but let’s just say he and Sarah Connor have a very different dynamic this time around. What he’s been doing all these years doesn’t totally jibe with the tone of the movie, but I like that it’s played up as unusual because…well, it IS unusual. He takes a backseat to the ladies and that makes sense for this movie which is speaking a different language than the previous films did.

Gabriel Luna is cold and lethal as the Rev-9, although not as outwardly menacing as the T-1000 or the T-800’s first appearance. He’s smoother, and blends into the population with greater ease than others before him. I also like that this is the first Terminator to really take advantage of today’s tech-obsessed culture. Humans have pretty much ceded control to the machines already through our use of surveillance, drone warfare, and smartphones. Grace arrives to our time completely unprepared for that, and has to be taught by Sarah the hard way that our time is unlike any other.

Behind the camera is Deadpool director Tim Miller, and he once again excels at moderately-sized action sequences, especially chase scenes. There’s a great one that echoes the big-rig chase from T2, ending with Connor’s explosive introduction that we’ve seen a lot of in promos. It’s still incredibly exciting when seen in full context, and just seeing Hamilton devastate her prey with ease will give old school fans a real thrill. Miller choreographs some brutal metal-to-metal clashes between Terminators, but some of the bigger setpieces, including one on a gigantic cargo plane, don’t have the impact that they should and run a little too long.

It’s probably unfair to keep referencing T2, which is a stone cold classic that has stood the test of time. Terminator: Dark Fate is a movie for right now, and is the satisfying sequel we’ve long been waiting for. It can be looked at in two ways: either it’s the end of the beginning or the beginning of the end. Either way, it feels really good to be excited about Terminator again.