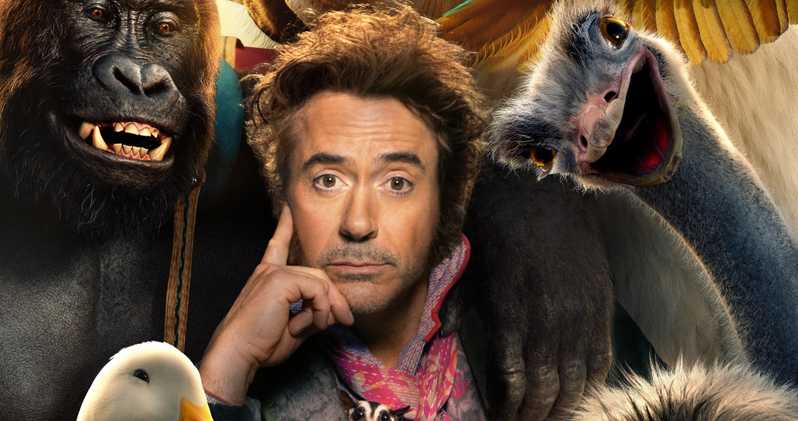 I know what you’re thinking. I was thinking it too….”oh, come on. ANOTHER take on Dr. Dolittle”. See, dear reader, this is why trailers are important. Site unseen I would have no excitement for this movie, what with the first pretty good, but progressively bad stank of Eddie Murphy’s take on the character still wafting over the name. Imagine my surprise when the trailer ended and I suddenly had this yearning anticipation to see more.

What changed my mind? Well, the trailer gives us two very important pieces of information. First, that the movie takes place in what appears to be the 1800’s, maybe turn of the century which signals that they are taking the source material that made the name legend in the first place, very seriously. Second, a strong reminder that Downey Jr is probably one of the best actors in the business to portray an earnest character that, while intelligent, is just left of normal. I’m sure the comparisons to Downey’s Sherlock Holmes will come rolling in and I’m ok with that, he was great in the role. The bonus? From the little bit of footage provided it’s already apparent that Dolittle is one with the creatures he can speak to, they’re not animals to him. I’d be lying if I said I wasn’t a bit moved by the quick scene of him comforting a frightened gorilla.