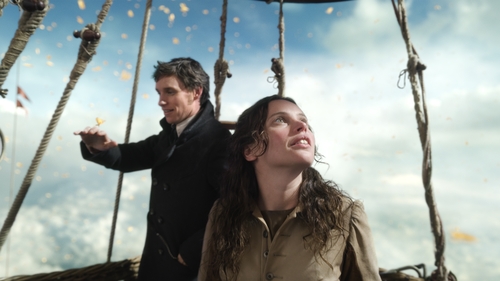 The story that forms the basis of Tom Harper’s The Aeronauts is an amazing one, especially for those obsessed with scientific history. It details the 1862 hot air balloon flight of trailblazing meteorologist and aeronaut James Glaisher, who along with co-pilot Henry Coxwell ascended to record-breaking heights to measure temperatures and better predict weather patterns. There’s potential for a grand, sweeping aerial adventure that captures the sheer awe of flight and 19th-century ingenuity, and to be fair, there’s quite a lot of that when the film works best. But to my surprise it’s a film that soars largely on the ferocious performance of star Felicity Jones, who keeps this slight escapade in the air when it begins crashing downward.

The Aeronauts starts with a big omission and a huge lie. There’s no Coxwell to speak of. He’s been wiped out of history, apparently. But he’s not to be missed because his role is effectively taken by Amelia Wren, who is a work of fiction. Loosely based on the great French balloonist Sophie Blanchard, Wren is played by Jones with all the grit and fire we’ve seen from her in Rogue One and as Ruth Bader Ginsburg in On the Basis of Sex. She’s joined by her Oscar-winning The Theory of Everything star Eddie Redmayne as Glaisher, who struggles to win over the London Meteorologist society with his ideas to use balloons to better predict weather.  Meanwhile, Wren is grieving over the death of her husband,  a showman and aeronaut she would take to the skies with as co-pilot. Wren blames herself for what happened, and is hesistant to ever return to the air until persuaded by Glaisher, who is eager to prove his doubters wrong and launch his own balloon. As a woman whose own scientific skills have been shunned by her male colleagues, Wren is down for the cause.

It’s unfortunate these scenes and the abundance of flashbacks are so dull and inert, staying rooted to the ground when always be looking upward. It’s there, thousands of feet in the air, that The Aeronauts captures the wonder of being above the clouds. Shot mostly on sound stages, the aerial sequences are so vivid it’s like our two heroes are journeying through some magical storybook land. When the situation turns dire, like after a raging rainstorm followed by deadly blizzard, we can feel the wet soaking into their skin, the ice freezing them down to the bone.

The vast majority of the film takes place inside the balloon’s basket, making chemistry between the leads essential. Fortunately, Redmayne and Jones have it in spades, but if you go into the movie thinking it belongs to him you’d be wrong. Jones takes charge here, with Wren getting all of the major action sequences and handling all of the death-defying obstacles. In fact, it often seems like Redmayne has dialed it back a little in order to better push Jones forward.  The initial conflicts that spark between Wren, who believes in giving those in attendance a show, and the analytical, uptight Glaisher, are just heavy weights needing to be shed for the film to take flight. Unfortunately, those weights keep dragging things down. Subplots involving Wren’s disapproving sister (Phoebe Fox) and Glaisher’s ailing father (Tom Courtenay) never amount to much, and the presence of Yesterday breakout Himesh Patel is limited to standing around in a tophat peering through a spyglass. 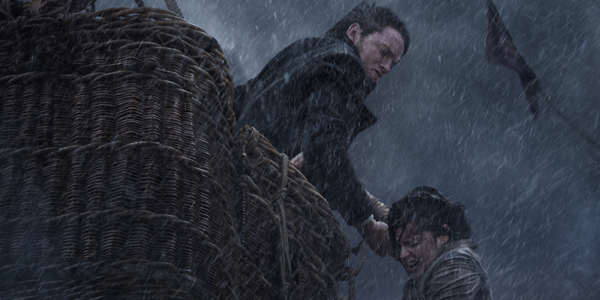 None of this makes The Aeronauts a bad movie, just a forgettable one that fails to rise to its potential.