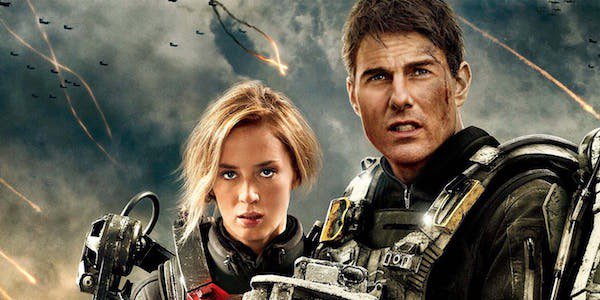 In the five years since Edge of Tomorrow, later retitled Live Die Repeat, there have been multiple attempts to hammer out a sequel. The screenplay has proven to be a major obstacle, but a bigger problem is finding a window of time for Tom Cruise and Emily Blunt, both confirmed to return. Also coming back is director Doug Liman, who has a somewhat positive update on the sequel’s status.

Speaking with CBM, Liman confirms the screenplay, presumably by writer Matthew Robinson, “is ready” to go. He even has some inkling of a timeline when the film could shoot. Unfortunately, that’s still quite a ways off.

Cruise’s dance card is full with back-to-back Mission: Impossible movies directed by his pal Christopher McQuarrie. Those come first and when they’re finished that’s when Liman hopes it will be time to move on Live Die Repeat and Repeat (The previously reported title). Blunt’s schedule isn’t so light, either, and it’s largely due to her role in Mary Poppins Returns that caused a prior delay.


The longer this takes, the less likely it happens, and after so many starts-and-stops I don’t have any faith there will ever be a sequel. Here’s hoping I’m wrong.