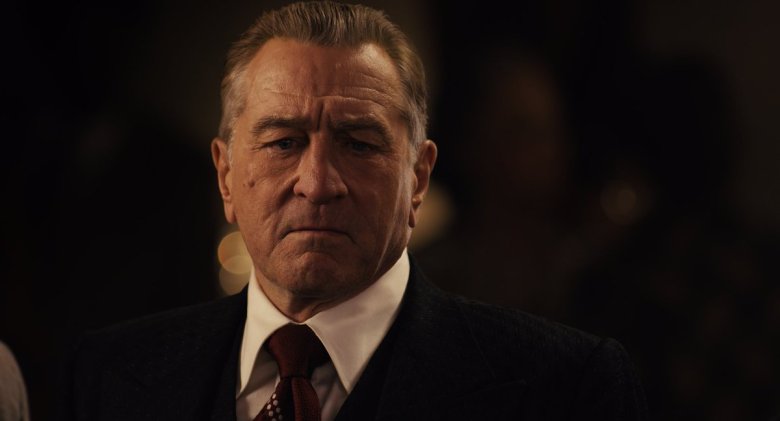 Are you ready for The Irishman? Martin Scorsese sure is ready for you to see it, as the pet project has been in the works for a lot of years. But with the film set to premiere at NYFF this week, a new trailer has been released for the 3 1/2 hour gangster drama, starring Robert De Niro as hitman Frank Sheeran.

The trailer debuted last night during Jimmy Fallon’s show, and showcases the de-aging tech used to give us De Niro across many years. Whether the movie lives or dies is going to depend a lot on that, because I think we know Scorsese can mine this mobster territory better than just about anybody.

SYNOPSIS:
The Irishman is an epic saga of organized crime in post-war America told through the eyes of World War II veteran Frank Sheeran, a hustler and hitman who worked alongside some of the most notorious figures of the 20th century. Spanning decades, the film chronicles one of the greatest unsolved mysteries in American history, the disappearance of legendary union boss Jimmy Hoffa, and offers a monumental journey through the hidden corridors of organized crime: its inner workings, rivalries and connections to mainstream politics.

A lot can happen in a lifetime. pic.twitter.com/S2eLY1dB88