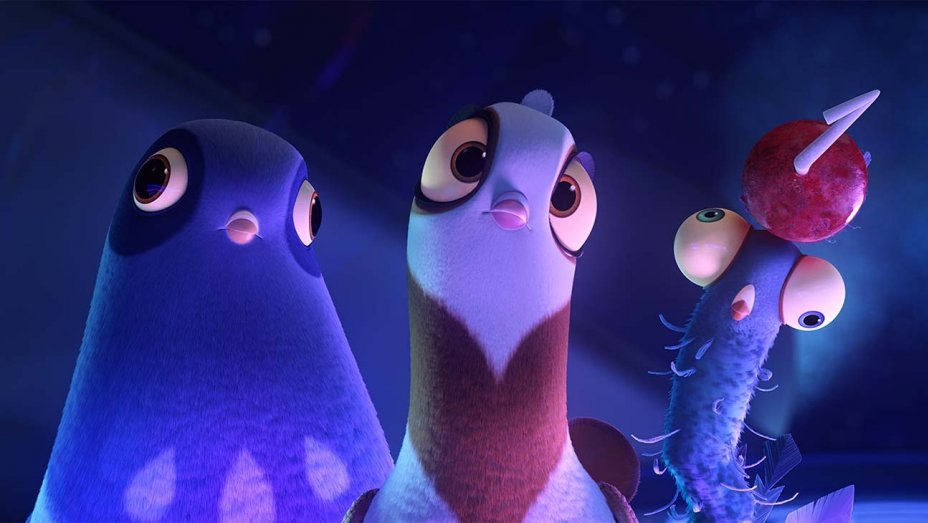 I’m truly sorry, but there is still one more Tom Holland story for you today. It’s the trailer for Spies in Disguise, which is indeed about a spy, only it’s one who gets turned into a bird.

The superspy-turned-pigeon is Sterling, voiced by Will Smith, with Holland as his inventive young lab tech Walter who comes up with a weapon to help with undercover work. Only it works too well and Sterling gets all feathery.  Other voices in the Fox animated film include Rashida Jones, Ben Mendelsohn, Reba McEntire, Rachel Brosnahan, Karen Gillan, DJ Khaled, and Masi Oka.

SYNOPSIS: Super spy Lance Sterling (Will Smith) and scientist Walter Beckett (Tom Holland) are almost exact opposites. Lance is smooth, suave and debonair. Walter is … not. But when events take an unexpected turn, this unlikely duo are forced to team up for the ultimate mission that will require an almost impossible disguise – transforming Lance into the brave, fierce, majestic… pigeon. Walter and Lance suddenly have to work as a team, or the whole world is in peril. “Spies in Disguise” flies into theaters this Christmas.