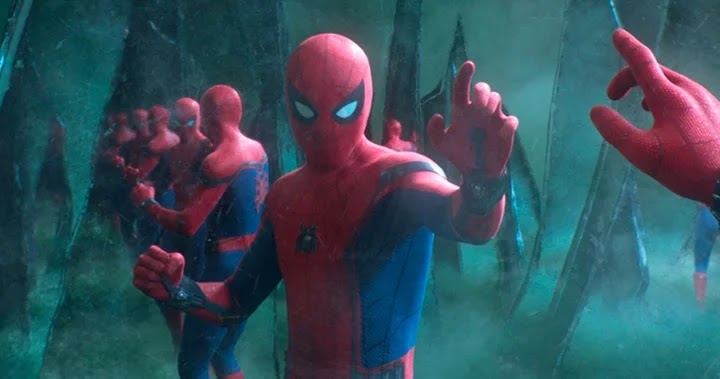 Like it or not, the future for Spider-Man on the big screen was always going to be Sony. They’ve got the rights and no incentive to give them up to Marvel or anybody else. That future just came a bit sooner than fans were expecting, and those who have felt a deal could be worked out to keep Peter Parker in the MCU a while longer will be disappointed by what Sony’s top guy has said to Variety.

Sony Pictures CEO Tony Vinciquerra dashed fan hopes admitting  “for the moment the door is closed” on any talks with Marvel Studios to keep Spidey in the MCU. However, he wouldn’t write off the possibility of things changing far in the distant future, adding “it’s a long life.”  Sure, I’m guessing it happens when Vinciquerra is no longer employed and Tom Holland is too old to play Spidey.

The Sony chief stresses there is “no ill will” towards Disney/Marvel over the breakdown in financial negotiations that would’ve solidified additional movies. However, he also sticks to the party line in attributing it to Marvel boss Kevin Feige being too busy with new properties from Fox.

“We had a great run with (Feige) on Spider-Man movies. We tried to see if there’s a way to work it out….the Marvel people are terrific people, we have great respect for them, but on the other hand we have some pretty terrific people of our own. Kevin didn’t do all the work.”

Now Spider-Man moves from a fully-formed MCU where he got to hang with the Avengers, to a burgeoning cinematic universe that currently only has Tom Hardy’s Venom in it. A sequel to that movie is in the works, and so is a Morbius movie starring Jared Leto. How Sony plans to incorporate Holland and pretend the MCU stuff doesn’t exist will be interesting, to say the least.

There’s a tendency to overstate Sony’s “failure” with The Amazing Spider-Man, or before that with Spider-Man 3. In both cases the movies were box office hits but creative disappointments, hardly disastrous if not for Sony’s panicked reaction to them. For the most part they have done a pretty good job with Spider-Man.

For real, though, upset fans aren’t going to give a shit about any of that until they see Holland back in the suit. Sony may need to pull out the big guns on this one. A crossover with Venom is pretty quick on the draw, but something along those lines may be in order.