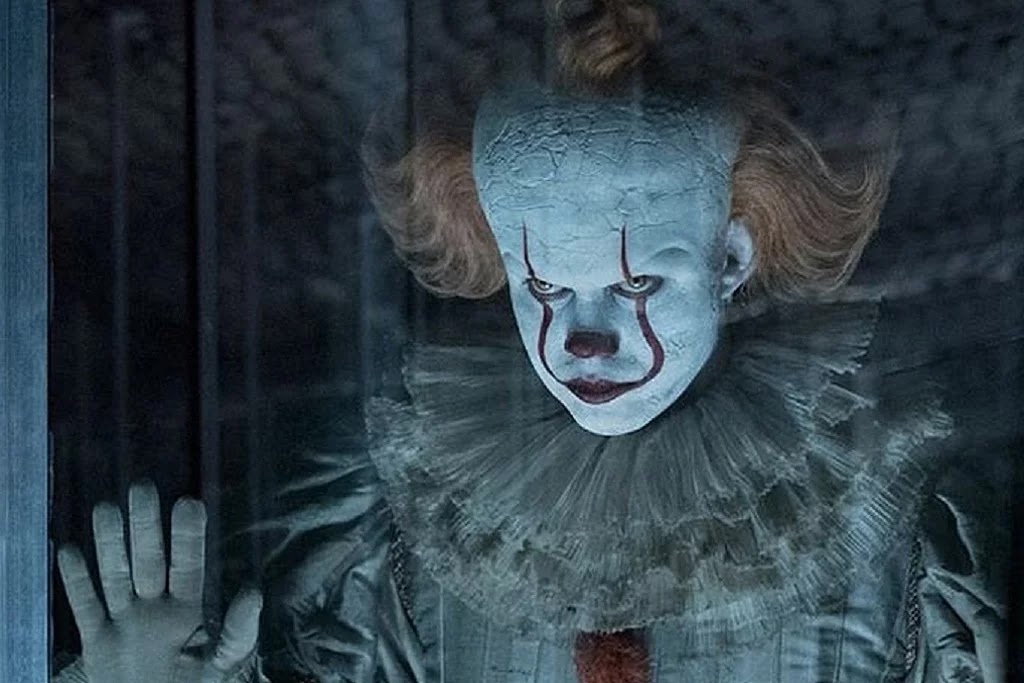 If there was a problem faced by director Andy Muschietti in tackling It Chapter Two it’s the sheer insanity and massive scope of Stephen King’s 1100-page tome. We’re talking some seriously weird shit, more than just an evil demonic clown that terrorizes a bunch of kids in a Midwest town; stuff like intergalactic space turtles that vomit up entire universes. Muschietti could’ve very easily drowned under the weight of so many diversions, and very nearly does, but by focusing on the friendship between the grown-up Losers’ Club he manages to give It the proper, emotional conclusion many feel King failed to deliver on.

It’s kinda funny, too, because a recurring gag in the movie is of writer Bill Denbrough’s (James McAvoy) inability to write a good ending. King himself even shows up and pokes fun, basically at himself, for that very thing. There are a lot of little moments of humor like that in a movie that is heavy with grim tidings and seriously fucked up shit that will mess with your head so bad you’ll think Pennywise is coming back to terrorize you, as well.

McAvoy, Jessica Chastain, Bill Hader, James Ransone, Isaiah Mustafa, Jay Ryan, and Andy Bean play the grown-up Losers’ Club, who have been summoned back to Derry, Maine twenty-seven years after they defeated Pennywise (once again played by Bill Skarsgard). But they didn’t finish him, and a sacred pact to return if Pennywise ever did must be fulfilled. They must not only overcome their lack of memory of what truly happened to them as kids, but their worst nightmares turned real as Pennywise feasts on their fears.

Gary Dauberman’s script stays true to King’s voluminous book, for the most part, but some will be disappointed by a lack of detail in the group’s adult lives. We only get a tiny glimpse into who they’ve become over the years, having slowly forgotten everything about Derry the further they got away from it. In particular, the Bill/Beverly/Ben triangle is reduced to a few furtive glances, and a couple of meet-cute worthy encounters, awkward when you’re in the middle of trying to survive a murderous clown. Dauberman and Muschietti rightly guessed that the heart of what makes It special is the friendship, and a reunion scene at a Chinese eatery brings back the plucky energy of the first movie. “That got dark quick”, mutters Richie, who grew up to be a comedian so he could laugh away his secrets and pain. As played by Hader, it’s the most satisfying role in the entire movie. Hader shines in the way he’s always been able to, which is to mask raging insecurities under a hail of put-downs and wisecracks. The rest of the cast are good, but with so many characters only Richie gets anything close to a true arc.

It’s a mistake then to have the group splintered so soon after they’re reunited, because we miss seeing them stronger as a whole. But it does allow for some of the movie’s freakiest, tension-mounting moments. Beverly’s encounter with an old woman at her former home, a scene sadly spoiled in trailers, retains a certain creep factor as her ghastly true identity is revealed. Better is Richie’s tussle with a grotesque character of folklore legend, while a taunting Pennywise floats overhead with a handful of those unforgettable red balloons. Definitely not for the faint of heart (and for God’s sake, don’t bring your kids like some parents did to our screening), Pennywise devours more than his share of underage victims and defiles the remains of past ones, easily making good on the “R” rating for “disturbing violent content.” Some of the scares, of which many are of the “jump” variety, follow familiar beats from the prior movie and lose some impact, but others, like Bill’s claustrophobic quest through a Fun House of mirrors to save Pennywise’s latest victim, are chilling to the point of being very uncomfortable. Still, the scariest scene of all is the most painfully real as a group of homophobic bullies commit a brutal hate crime against a gay couple (one of which is played by filmmaker Xavier Dolan). When Pennywise shows up shortly after, his arrival is almost a breath of fresh air compared to the inhumanity we just witnessed. Of course, it’s that inhumanity which causes a creature such as Pennywise to exist.

Flashbacks to the younger Losers’ Club remind us that It Chapter Two is a coming-of-age story at heart.  Some of that gets muddled by the fractured narrative and the hokier, hallucinatory aspects of King’s book which Dauberman decided he was fine with keeping around. At just under three-hours, the film takes its time coming together as it should, but a subterranean clash against Pennywise closes the book in a way that is appropriately bittersweet and satisfying, sticking the landing where King’s book couldn’t.