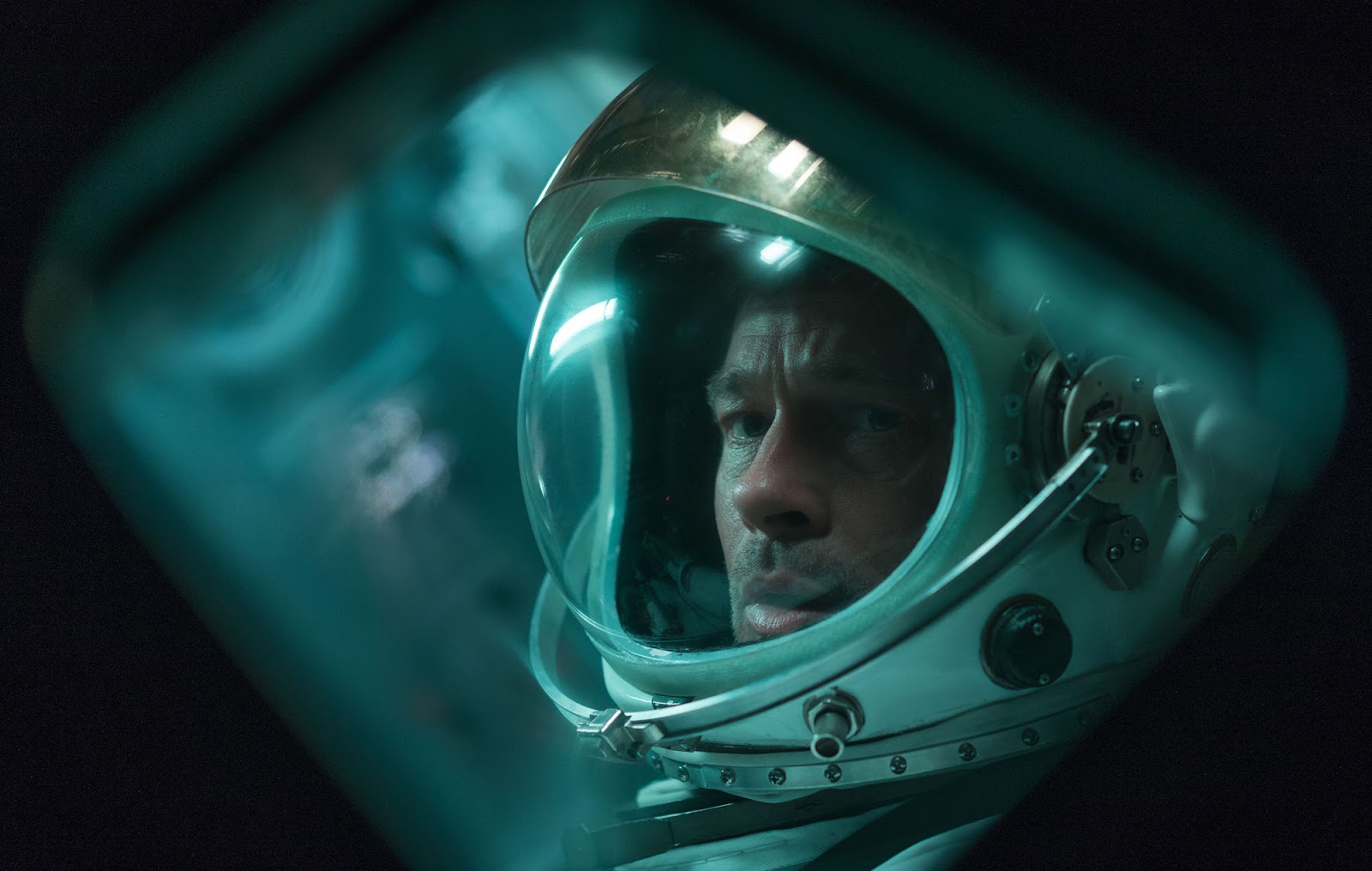 While there are certainly some comparisons to Neil Armstrong in First Man to be found in Brad Pitt’s astronaut Roy McBride in  Ad Astra, that’s where the comparisons end. Science-fiction is where Gray’s latest glimpse into the Heart of Darkness rightfully fits, but the film is less interested in anti-matter weapons and lunar pirates than it is what a journey into the cosmos can do to a person’s soul. Gray, who has built his career on stories about outwardly strong but fragile men, delivers a thought-provoking, epic space adventure that doubles as an emotional powerhouse. You go into Ad Astra expecting one thing, but find it has become something very different.

Steadily upping the ante from The Immigrant to The Lost City of Z and now with Ad Astra, Gray is painting on the largest canvas of his career. He’s also working with his biggest star, Brad Pitt, who for all of his star power gets so few chances to truly own the spotlight for himself.  Pitt plays Major Roy McBride, one of the top astronauts in the world. Never one given to pressure, he’s able to endure incredible amounts of stress without a jump in heartrate, as seen in a stunning opening sequence in which he’s sent hurtling thousands of feet to the Earth. Only his calm, cool control of the situation saved him that day, but his next mission threatens to crack that stoic exterior.

The cause of Roy’s accident is believed to be anti-matter rays from the planet Neptune, emanating from what could be the Lima Project, an abandoned mission led by Roy’s father, Clifford McBride (Tommy Lee Jones). Considered a legend and national treasure, Clifford’s shadow looms large over Roy’s career, but so does his nearly two-decade-long absence. Roy’s emotionally-stunted nature may have made him a tough guy hero to the other astronauts, but his ex-wife (Liv Tyler) might not think it’s so great. If the Lima Project is active, then it stands to reason Roy’s dad is, as well. The government think Roy is the right guy to lead a top secret mission to Neptune and put an end to it. If reasoning with dear old dad fails, well, good thing Roy’s bringing along a nuke.

If at first Ad Astra resembles a more artsy Interstellar, it eventually reveals itself to be more along the lines of Apocalypse Now. Roy’s journey carries him deep into the abyss where any outward expressions of emotion are sucked into a black hole of constant psyche evaluations. Roy’s soullessness is matched by Gray’s restrained direction, however that shouldn’t be taken to mean it’s dull. The lack of flamboyance serves multiple purposes, including drawing attention to the inner turmoil that threatens Roy’s every decision along his dangerous journey. It also furthers the notion of the cowboy-esque hero, who ventures into danger to do the right thing “at the expense of all else”, a pledge Roy is forced to repeat on multiple occasions.

Visually, Gray is directing on a level he never has before, and while impressive, it’s tough to distinguish it from other high-quality movies we’ve seen lately, from Arrival to The Martian to Interstellar. Unlike those, Ad Astra is less concerned with the technical science aspects, and there are thriller elements Gray weaves in that tease a fascinating world begging to be explored. A vast government conspiracy looms in the background of Roy’s mission, which we only get a glimpse at through characters played by Ruth Negga and Donald Sutherland. A knuckle-clenching rover chase on the Moon’s surface is will make you wish for Mad Max Fury Road In Space, and an encounter with a feral creature is as shocking as any alien encounter horror movie. These aspects hit you from out of nowhere, and while we don’t get a lot of them, to delve too deep into them would turn Ad Astra into an entirely different movie than the character study Gray is telling. Integral to Gray’s efforts is a nebulous score by Max Richter, and vital touches of well-placed humor. A commercial airline voyage to the Moon comes with very high-priced pillows, but there are still fast food options the further out one gets from Earth’s atmosphere.

If Gray and co-writer Ethan Gross’ script threatens to become too grim, it’s saved in the hopeful final act that finds the son coming to grips with his father’s legacy. As he’s done so many times before, Gray uses the cover of genre to explore heady topics such as masculinity, faith, and loneliness. Ad Astra is far and away his most commercial film to date, without sacrificing the thoughtfulness of we’ve come to expect from him. With Pitt also giving one of the finest performances of his career, Ad Astra should rocket to the top of many “Best of the  Year” lists.