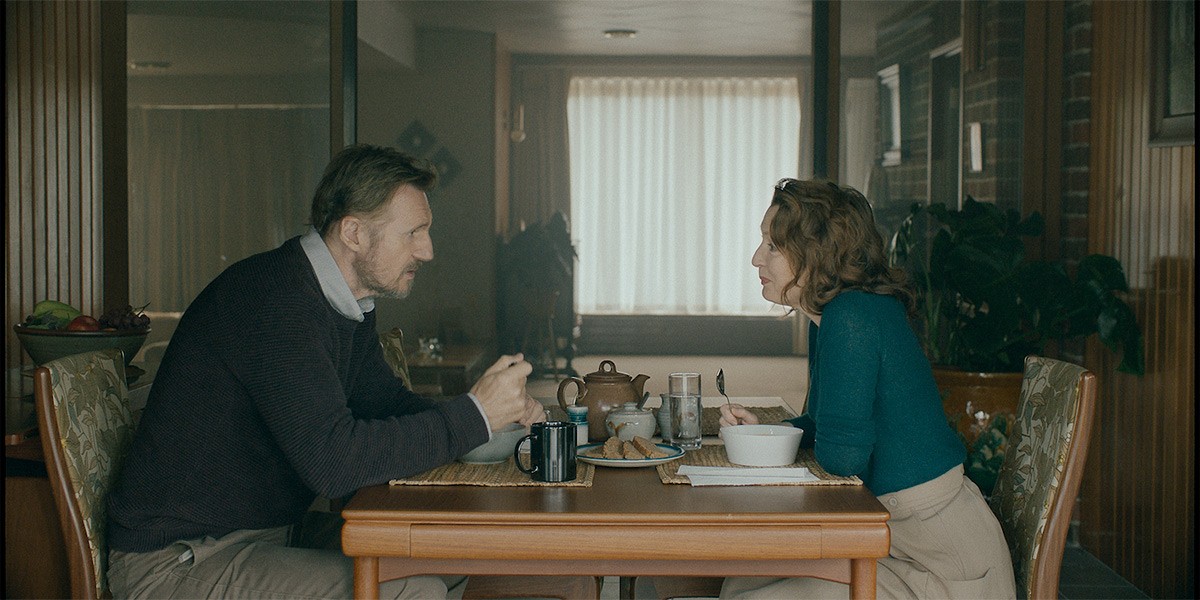 It’s not often enough we get to see Liam Neeson when he isn’t trying to stop a kidnapping or thwart a terrorist attack, but in the film Ordinary Love we see him as just a husband married to the love of his life. The film recently premiered at TIFF, and pairs Neeson up with fellow Oscar nominee Lesley Manville (Another Year) as a long-standing married couple who see their relationship put to the test by a cancer diagnosis.

Behind the camera are Lisa Barros D’Sa and Glenn Leyburn (Cherrybomb) with a script by playwright Owen McCafferty. While there are a few others in a tight supporting cast, this is clearly a showcase for Neeson and Manville, which makes it a must-see as far as I’m concerned.

SYNOPSIS: Joan and Tom have been married for many years. There is an ease to their relationship which only comes from spending a lifetime together and a depth of love which expresses itself through tenderness and humor in equal part. When Joan is unexpectedly diagnosed with breast cancer, the course of her treatment shines a light on their relationship as they are faced with the challenges that lie ahead and the prospect of what might happen if something were to happen to Joan. ORDINARY LOVE is a story about love, survival and the epic questions life throws at each and every one of us.


Ordinary People has yet to get a stateside date but hits the UK on December 6th. I can see Focus and Bleecker Street dropping this late into the awards season to stir up the discussion.