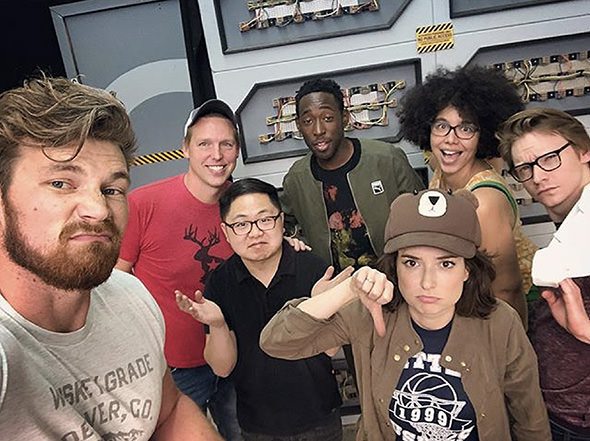 With Hulu and Disney+ only adding to the wealth of new homes for Marvel content, learning that one of their most promising shows can’t find a network is a little surprising. The live-action New Warriors had a ton of potential when it was announced in 2016, and was poised to air on Freeform just last year. But now a rumor from Geeks Worldwide (judge accordingly) says the series is dead with everybody passing on it.

Strange, because it was just in 2017 that we’d heard network execs loved the series pilot, which centered on Marvel’s young team of super-powered heroes, basically considered junior leaguers to the Avengers. Freeform was supposed to begin airing it in 2018 but couldn’t find a place for it on the schedule, and basically gave it back to Marvel TV to shop around. Attempts to get it picked up at Disney-owned networks Disney+ and Hulu failed to garner any interest.

The half-hour comedy would’ve starred AT&T girl Milana Vayntrub as Squirrel Girl,Callum Worthy as Robbie Baldwin aka Speedball, Derek Theler as Craig Hollis aka Mister Immortal, Jeremy Tardy as Dwayne Taylor aka Night Thrasher, Kate Comer as Deborah Fields aka Debrii, and Matthew Moy as Zack Smith aka Microbe. Enlisted creator Kevin Biegel was behind the series, which many saw as a natural fit with other Marvel teen shows Runaways and Cloak & Dagger. The hope was to secure a two-season deal with potential for spinoffs.

Whether the rumor is true or not, I think it’s clear New Warriors isn’t going anywhere anytime soon, and if we see some of these characters it may have to be elsewhere within the MCU. I’d love to see Justice and Firestar become part of a youth movement within the Avengers, just as Kurt Busiek did in the comics.

Actor Keith David, who was cast to play the team’s nemesis, doesn’t know if New Warriors has a future or not, which probably means “not”.  He told Comicbook.com…

“In this business, one never knows. I would hope that at some point it would come back. Everybody seemed to like it and loved the idea. Who knows why it hasn’t come to fruition yet. That’s not something I have any control or say in. But I would gladly be a part of it whenever, if ever it comes back.”