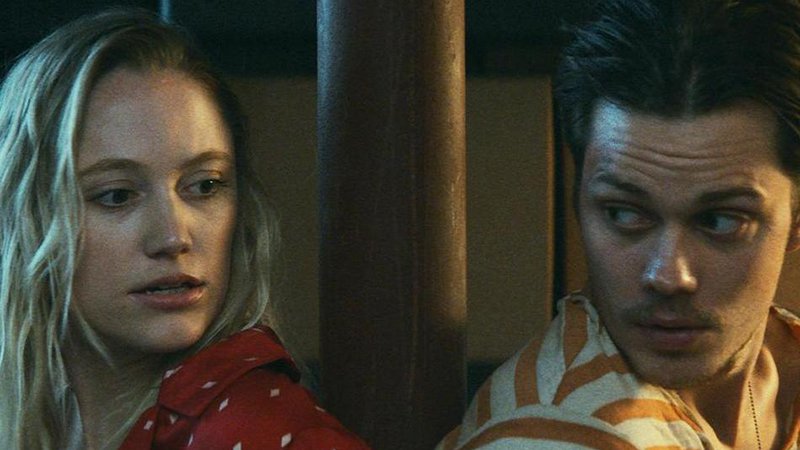 Stop me if you’ve heard this: a home invasion goes wrong when the perpetrators discover the home’s occupants aren’t what they seem. That’s the basic idea behind Villains, a dark comedy in which Bill Skarsgard, who stalks kids as the terrifying Pennywise in It: Chapter Two, finds himself on the receiving end for once.

Villains also stars It Follows breakout Maika Monroe as Skarsgard’s accomplice. Together, they make for a Bonnie & Clyde duo on the run who break into a home looking for a place to hide out. Sicario‘s Jeffrey Donovan, and The Closer‘s Kyra Sedgwick play the residents, and while they might appear to be normal wealthy homeowners, it quickly becomes apparent that’s not the case when a young woman is found chained in the basement.

The tone is what catches you offguard here. While you expect something dark and twisted, it turns into a wacky comedy in which the creepy couple keeps the invaders around like houseguests. The film comes from writer/directors Dan Berk and Robert Olsen (The Stakelander), who clearly have a messed up sense of humor and a stylish way behind the camera.

Movies about bad people are my joint, so this has just leaped near the top of my must-see list.