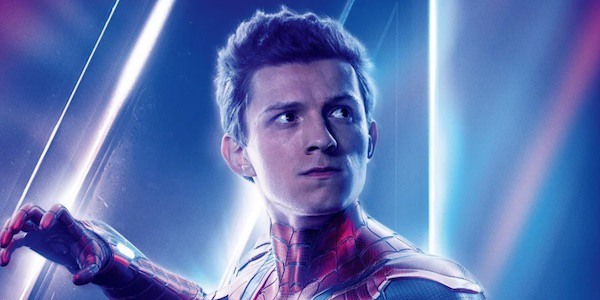 It’s been an emotional week for fans still distraught at the thought of Spider-Man leaving the MCU for Sony, but think about how this has been for the guy actually in the suit. Tom Holland has kept quiet all this time, but that was going to be impossible with D23 taking place. He was there to promote his upcoming Pixar movie, Onward, which sees him partnered up with Marvel pal Chris Pratt. But it was inevitable he’d have to speak on the whole Spider-Man situation, and it seems Holland has made his peace with whatever happens in the future.

“It’s been a crazy week,” Holland told fans from the stage, “but I want you to know I am grateful from the bottom of my heart and I love you 3,000.”


Obviously, he’s referencing one of the unforgettable lines from Avengers: Endgame, uttered by Spider-Man’s mentor Tony Stark shortly before his big sacrifice.

Because of that, it almost sounded like Holland’s way of saying goodbye to the MCU which has been his home for the last couple of years and five movies. And that sense of farewell continued in his backstage comments to EW, in which he insists his days as Spider-Man are not over, wherever the wallcrawler ends up…

“We’ve made five great movies. It’s been five amazing years. I’ve had the time of my life. Who knows what the future holds? But all I know is that I’m going to continue playing Spider-Man and having the time of my life. It’s going to be so fun, however, we choose to do it. The future for Spider-Man will be different, but it will be equally as awesome and amazing, and we’ll find new ways to make it even cooler.”


Marvel’s Kevin Feige, who has been at the center of the controversy, also sounded as if he’s ready to say goodbye to Spider-Man for now…

“I’m feeling about Spider-Man gratitude and joy. We got to make five films within the MCU with Spider-Man: two standalone films and three with the Avengers. It was a dream that I never thought would happen. It was never meant to last forever. We knew there was a finite amount of time that we’d be able to do this, and we told the story we wanted to tell, and I’ll always be thankful for that.”