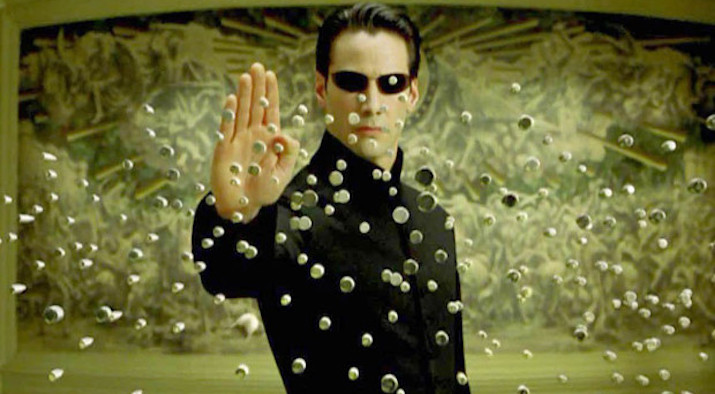 Ready to feel really old? 2019 marks the 20th anniversary of The Matrix. *gasp heart attack faint* Yep, the Wachowskis’ ground-breaking mind trip/sci-fi movie that jumpstarted Keanu Reeves’ career is 20 years old, and while there is a new film in the works right now, it’s also a damn good time to celebrate how truly great that original movie was.

Warner Bros. Pictures, AMC Theatres, and Dolby Laboratories, Inc. are partnering up on 20th anniversary screenings of The Matrix, held for one week only at 135 AMC locations domestically. These events will run from August 29th through September 5th.

The designated locations will have screenings in the  Dolby Cinema format, including Dolby Vision picture and Dolby Atmos sound. When The Matrix was in theaters before it couldn’t be shown with the state-of-the-art audio and visuals that Dolby can provide now, so this is going to be a real treat for everybody.

Tickets are on sale now and you can hit up the AMC website here to find a theatre closest to you. Here in the DC area it’s available at AMC Tysons Corner, Georgetown, and Hoffman Center.