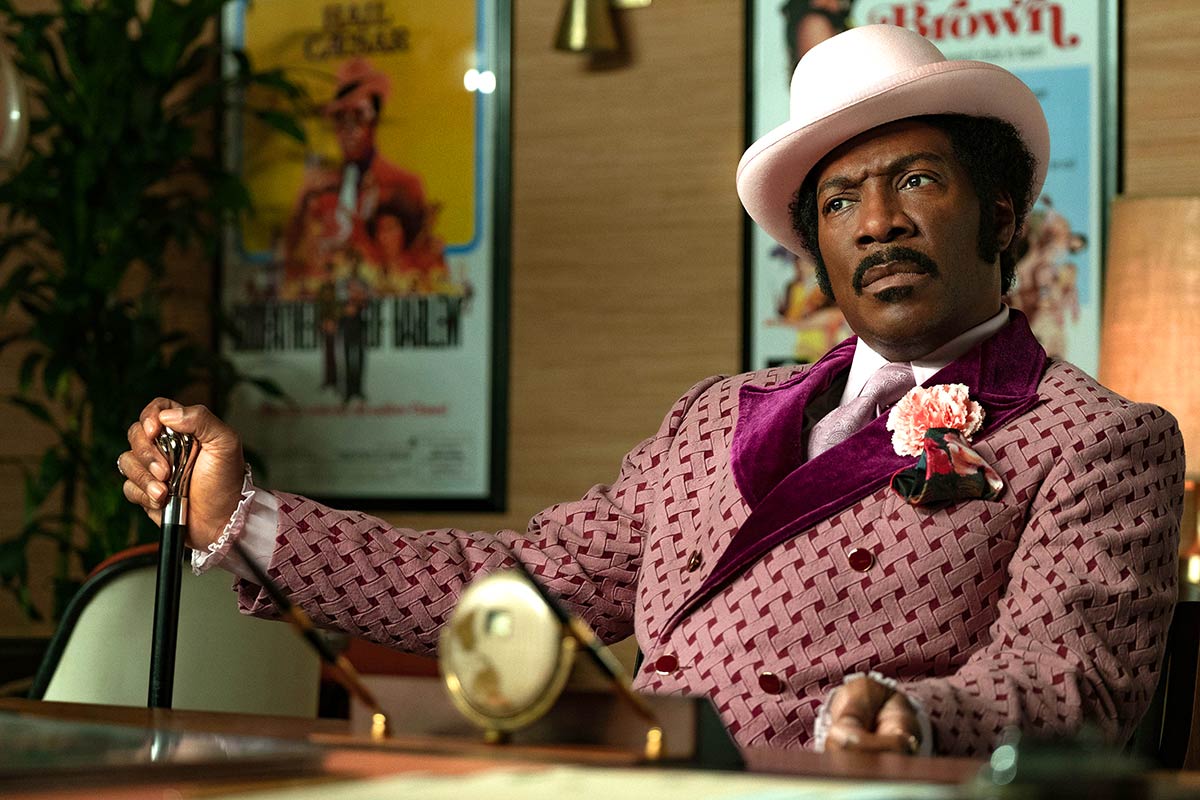 It’s possible to embrace the…er, flaws and stereotypes of the blaxploitation genre for fun, say with a movie like Black Dynamite. The recent Shaft sequels sorta nod back the violence and misogyny of the era but always seem to be trying to escape the past rather than highlighting its strengths. Say what you will about those ’70s flicks, but without them, we haven’t have the wealth of great black filmmakers and actors we have today. Eddie Murphy’s upcoming Netflix film, Dolemite is My Name, celebrates one of the biggest blaxploitation actors of the time, Rudy Ray Moore, and it looks “outta sight”.

Murphy stars as Rudy Ray Moore, the stand-up comedian who struck it big when he created the character Dolemite, an over-the-top caricature of a pimp/kung fu fighter. Moore came up with the idea after hearing a homeless man talk about the urban legend of Dolemite, and used him as an alter ego in his top-selling comedy albums. The money he made from sales largely financed production of the 1975 movie that has been so influential in the world of film and music.

Dolemite is My Name will premiere at TIFF with a Netflix release to follow. Could this get Murphy back into the awards season mix for the first time since Dreamgirls?