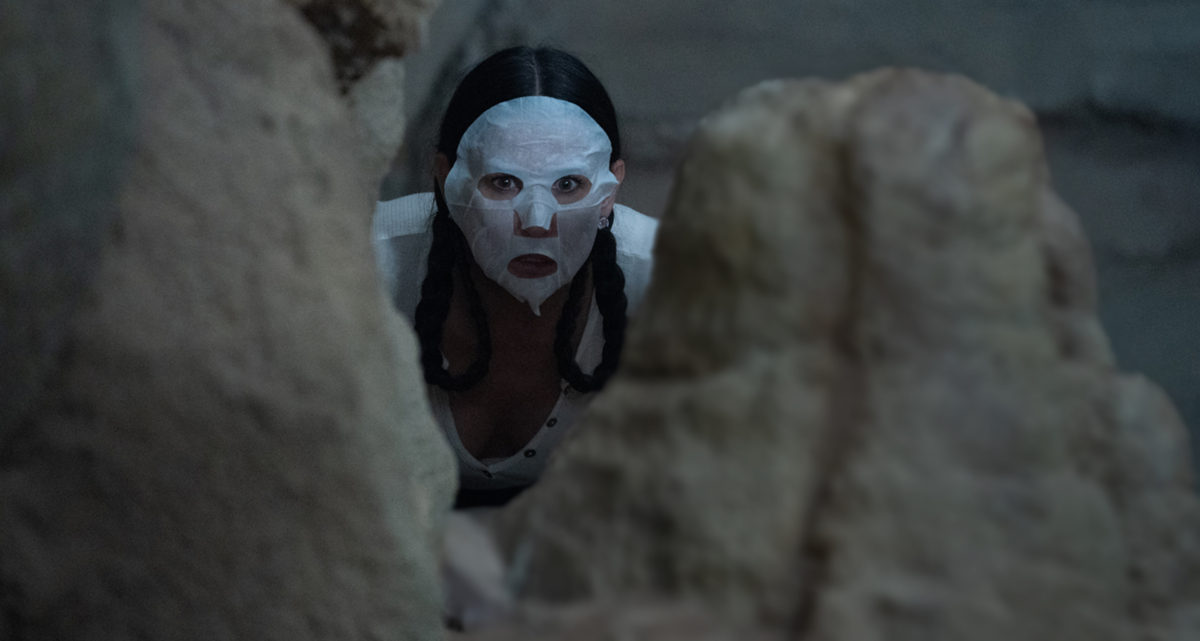 Patrick Brice’s Corporate Animals premiered at Sundance earlier this year, and despite a cast led by Ed Helms, Demi Moore in a rare role, Deadpool 2‘s Karan Soni, and Booksmart‘s Jessica Williams, it didn’t leave with a lot of buzz. Brice’s latest is a workplace dark comedy, which seems to be the chosen genre for workplace movies, and like Brice’s prior movies Creep and The Overnight, what starts out innocent eventually descends into chaos.

Seriously, why is it that workplace comedies always have to do with team-building exercises that turn violent? Corporate Animals follows the same pattern, with Moore playing a delusional CEO at a startup who takes her downtrodden team on a caving retreat that turns disastrous. Stranded, they quickly run out of food and…well, there may be some new positions opening up at the office.

The trailer doesn’t inspire a ton of confidence because I feel like this has been done to death already. But it’s really hard to get beyond that cast and Brice’s stellar track record. I’ve learned not to trust everything I hear at Sundance and this is one that will definitely be given a chance.

SYNOPSIS: Lucy (Demi Moore) is the delusional CEO of a struggling startup aimed at millennials. In her infinite wisdom, Lucy leads her staff, including her long-suffering assistants Jess (Jessica Williams) and Freddie (Karan Soni), on a team-building retreat in the caves of New Mexico led by an overeager guide (Ed Helms). When disaster strikes and the food runs out, mandatory office bonding becomes a lot more… appetizing.

‘Together Together’ Interview: Ed Helms And Patti Harrison On Surrogacy Comedy And Subverting Expectations