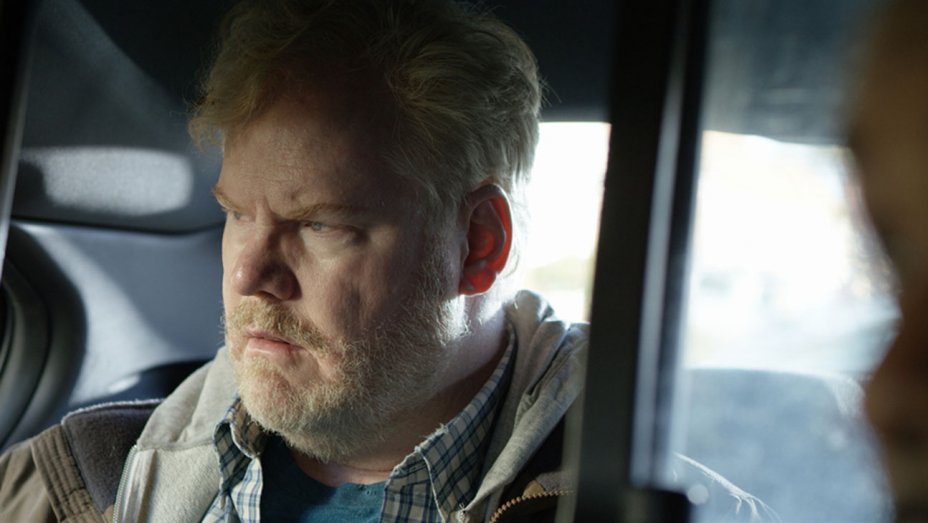 Who the Hell flipped the lightswitch on comedian Jim Gaffigan’s acting career? Sure, he’s appeared in a number of movies over the years but 2019 he has a whopping nine  (!!!) roles, including the new thriller American Dreamer which shows a very different side to the funnyman.

Gaffigan goes dark in American Dreamer, playing an Uber driver just trying to scrape out a living by driving around a low-rent drug dealer. Out of desperation, he makes the decision to kidnap the drug dealer’s kid and get a quick payday, but of course nothing goes quite as planned.

Surprisingly, the film is directed by Derrick Borte, who made a splash with his 2009 film, The Joneses, which I have fond memories of. Borte was among the first filmmakers I ever interviewed. He’s been pretty quiet since then, and hasn’t directed anything since 2016’s London Town.