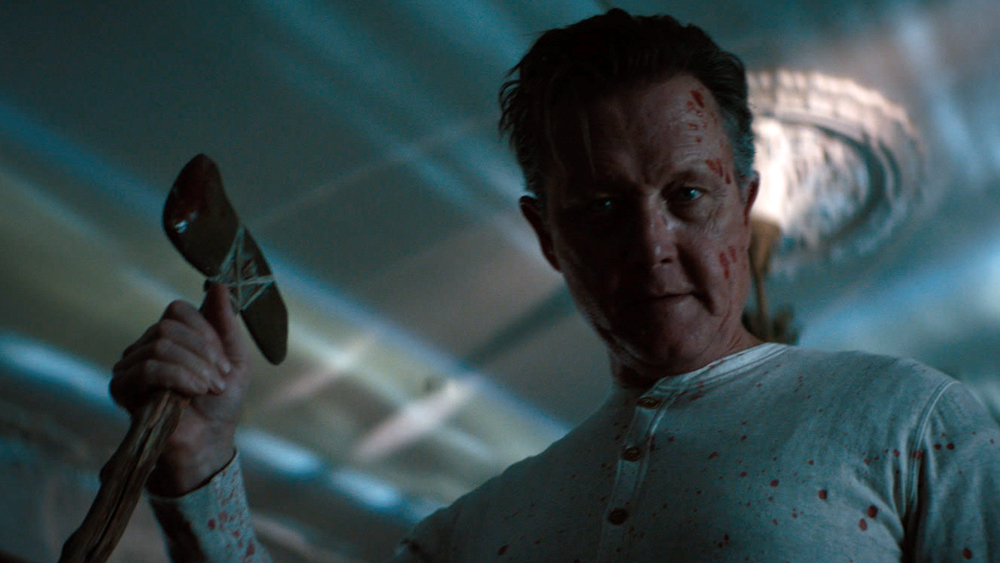 With a new Terminator on the way it’s good to remember that Robert Patrick played one Hell of a cybernetic killer, too. Kinda wish he could’ve made it back for the new film. Patrick’s storied career has found him taking on a number of varied roles, but for me he’s best when his natural intensity is put to nefarious pursuits. Such is the case with Tone-Deaf, a thriller that finds him in a game of cat-and-mouse with Amanda Crew.

Written and directed by Richard Bates Jr., Tone-Deaf looks to be keeping a lot under wraps, which is definitely a good thing. What we get from the trailer is that Crew plays a woman who looks to break her slump by leaving the city for a weekend getaway in the country, only to be targeted by the homicidal owner of the house she’s renting. He just wants to “scratch that itch” of killing someone, then presumably he can retire in peace.

There’s a clash of cultures and generations going on here which, I hope, suggests something deeper than just another stalker flick. Patrick looks to be in fine psychotic form here, while Crew looks exactly like the type of clueless Millennial you want to see made an example of. They’re joined by quite the impressive cast including Kim Delaney, Keisha Castle-Hughes, and Ray Wise.

Tone-Deaf hits theaters and VOD on August 23rd and I really hope to check this one out for myself.