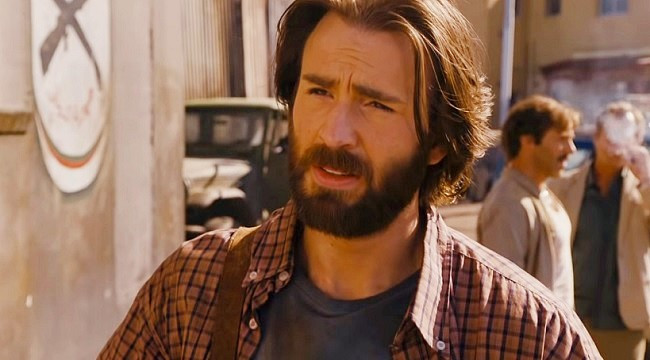 Chris Evans may have hung up his Captain America gear, but he’s far from done playing heroes. The Red Sea Diving Resort may sound like a documentary about a posh vacation spot, but it’s actually a thrilling docudrama about an undercover mission led by Mossad agents in Sudan.

Directed by Israeli filmmaker Gideon Raff (Prisoners of War), the film stars Evans as the charismatic Ari Levinson, who along with a brave local played by Michael K. Williams, help the Mossad in smuggling Ethiopian Jews out of the Sudan and into Israel. The hotel they run, known as  “Arous on the Red Sea”, serves as a cover to their clandestine activities.
Joining Evans and Williams are Ben Kingsley, Alessandro Nivola, Haley Bennett, Michael Huisman, Chris Chalk, and Greg Kinnear.
SYNOPSIS: Inspired by remarkable true-life rescue missions, “THE RED SEA DIVING RESORT” is the incredible story of a group of international agents and brave Ethiopians who in the early 80s used a deserted holiday retreat in Sudan as a front to smuggle thousands of refugees to Israel. ​

With that title, there was zero chance for The Red Sea Diving Resort in theaters, which is why it’s good Netflix picked it up with plans for a July 31st premiere.