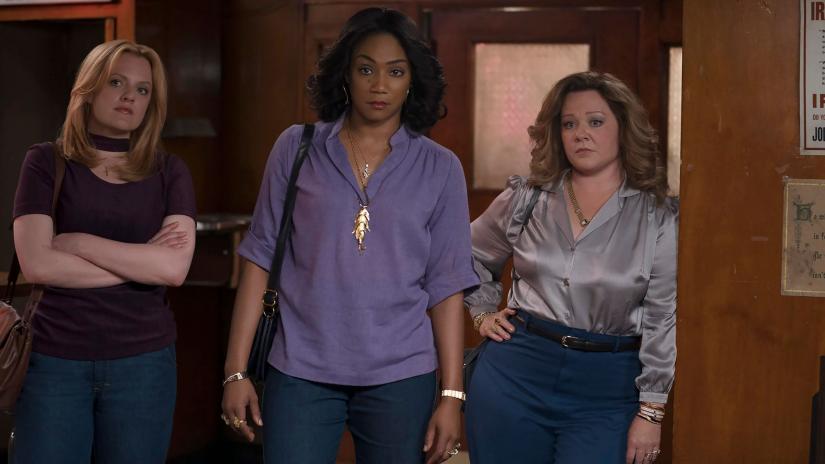 Warner Bros. hasn’t always made the best use of their now-defunct Vertigo Comics line when it comes to movie adaptations (I stand by my love for The Losers, thank you), but here’s hoping that changes with The Kitchen. The crime thriller has one Hell of a hook, and that’s the chance to see Melissa McCarthy, Tiffany Haddish, and Elisabeth Moss go all Goodfellas (Goodbellas??) in 1970s Hell’s Kitchen.

Straight Outta Compton writer Andrea Berloff makes her directorial debut on the film, which follows a trio of housewives who take matters into their own hands when their mobster husbands are sent to prison. Taking over the family business, the women show they can be as ruthless as any man, if not more so. Domhnall Gleeson, James Badge Dale, Brian d’Arcy James, Margo Martindale, Common, Bill Camp, E.J. Bonilla, Wayne Duvall, Annabella Sciorra, and Myk Wattford co-star.
It’s tough to imagine this being anything less than great, but then I remember having the same impression of Widows before seeing it. I know, it’s not fair to lump the two female-led crime flicks together like that, but they really are telling very similar stories and I want at least one of them to reach its full potential. If not, movies like this are going to become very scarce.
The Kitchen hits theaters on August 9th.