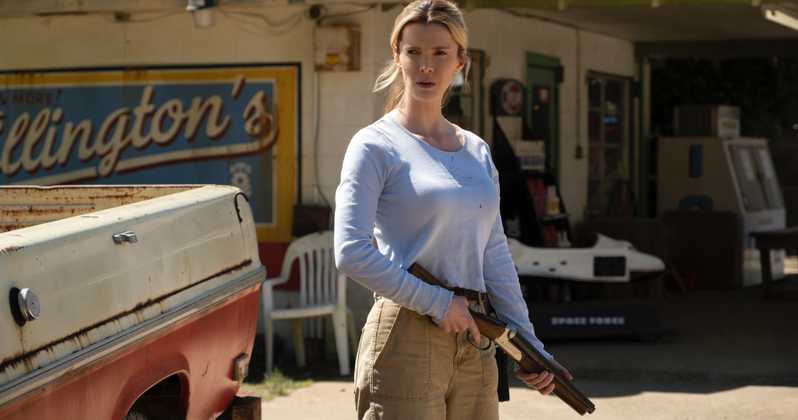 When the teaser for Blumhouse’s thriller The Hunt dropped a couple weeks ago, looking like some kind of TV commercial, I was kinda surprised. It was nothing like the full trailer I had seen ahead of Crawl just days earlier, which had me wanting to see more of Betty Gilpin’s kick-ass character in the irreverent film. Well, that trailer is finally out and you can see why the GLOW star might be the breakout when all is said and done.

The hunt has some impressive talent on both sides of the camera, beginning with Lost and The Leftovers creator Damon Lindelof, who co-wrote the script with Nick Cuse. Directing is Craig Zobel, who was behind such impressive films as Compliance and Z for Zachariah. They’ve come up with a film that seems familiar on the surface, with a bunch of strangers being hunted for sport by a cabal of rich assholes. But one look at the trailer and you can see they’re aiming to do something more with the concept, which we shouldn’t be surprised by given that it comes from Blumhouse.