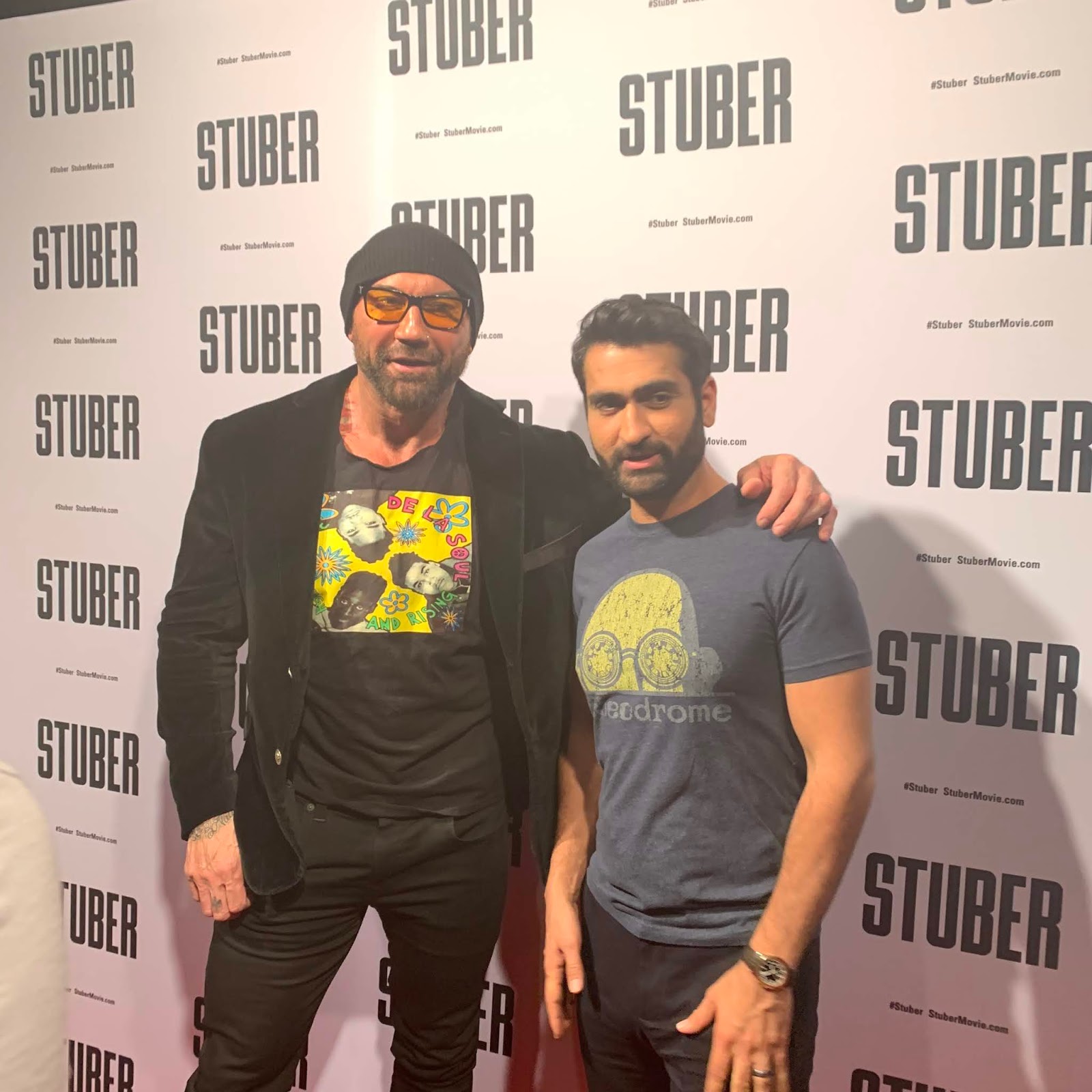 In the new action comedy, Stuber, an unassuming Uber driver (Kumail Nanjiani) is forced to serve and protect Los Angeles from a vicious drug lord when a tough but oblivious cop (Dave Bautista) recovering from laser eye surgery hires him to drive him around for the night to crack the case. Are you hooked yet?

I met up with Nanjiani and Bautista at the National Geographic Museum’s special screening of the film back in May to discuss working together and finding this hilarious script. I also chatted with Nanjiani about the final season of HBO’s Game of Thrones and his predictions on who would live and die in the Battle of Winterfell episode. Spolier Alert: We were both wrong.

Stuber is in theaters this Friday