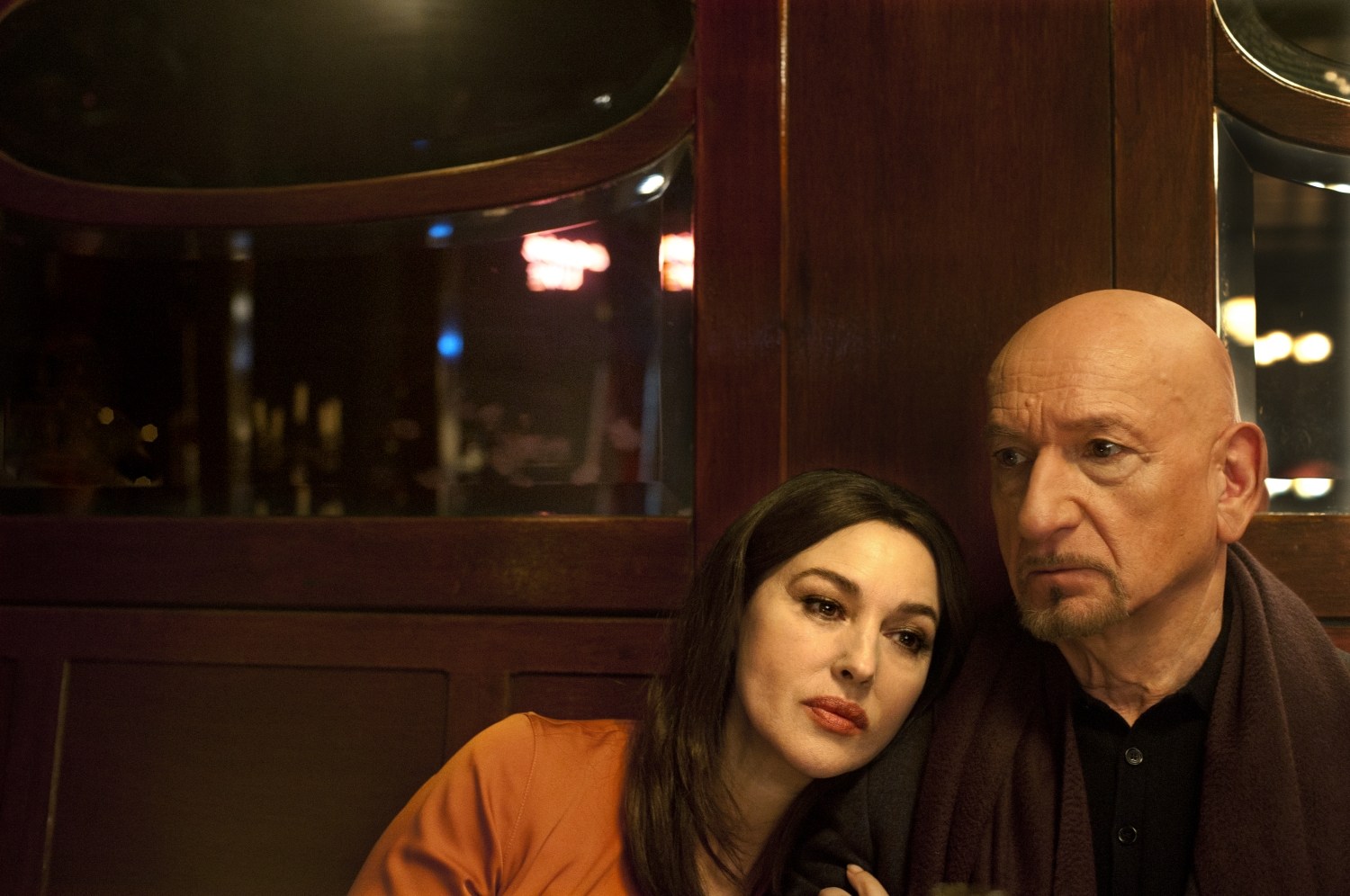 Ben Kingsley’s chameleon skills are legendary, effortlessly playing characters of many different cultures and ethnicities. For example, he’s been Gandhi, Nazi leader Adolf Eichmann, and over the last couple of years has played his share of Mossad agents. The latter he’ll do so again in the new thriller, Spider in the Web, in which he stars and romances Monica Bellucci.

At the age of 75, Kingsley still has the goods to play a Mossad agent, who many deem past his prime, as he engages in a dangerous mission involving chemical weapons sales in the Middle East. Bellucci plays his target, who could be an ally, a lover, or a deadly enemy. Who knows? Since it’s Bellucci, who plays a damn good femme fatale, I’m going to assume it’s a combination of the three.

SYNOPSIS: Adereth (Sir Ben Kinsgley), a once-lauded but aging field agent of the Israeli Mossad, is deemed past his prime by his superiors. Convinced that he’s been fabricating intelligence to maintain his relevance, they send a young operative, Daniel (Itay Tiran), to ensure that Adereth does not deviate from his mission to deliver crucial information he claims is waiting for him regarding a chemical weapons sale to a Middle Eastern dictatorship. That tip leads to the enigmatic Angela (Monica Bellucci), who is a target. A lover. An enemy. All? Neither? As the lines of trust are blurred, Adereth realizes the hunter may become the hunted in a world of mirrors and deceit.


Spider in the Web opens August 30th in theaters and VOD.