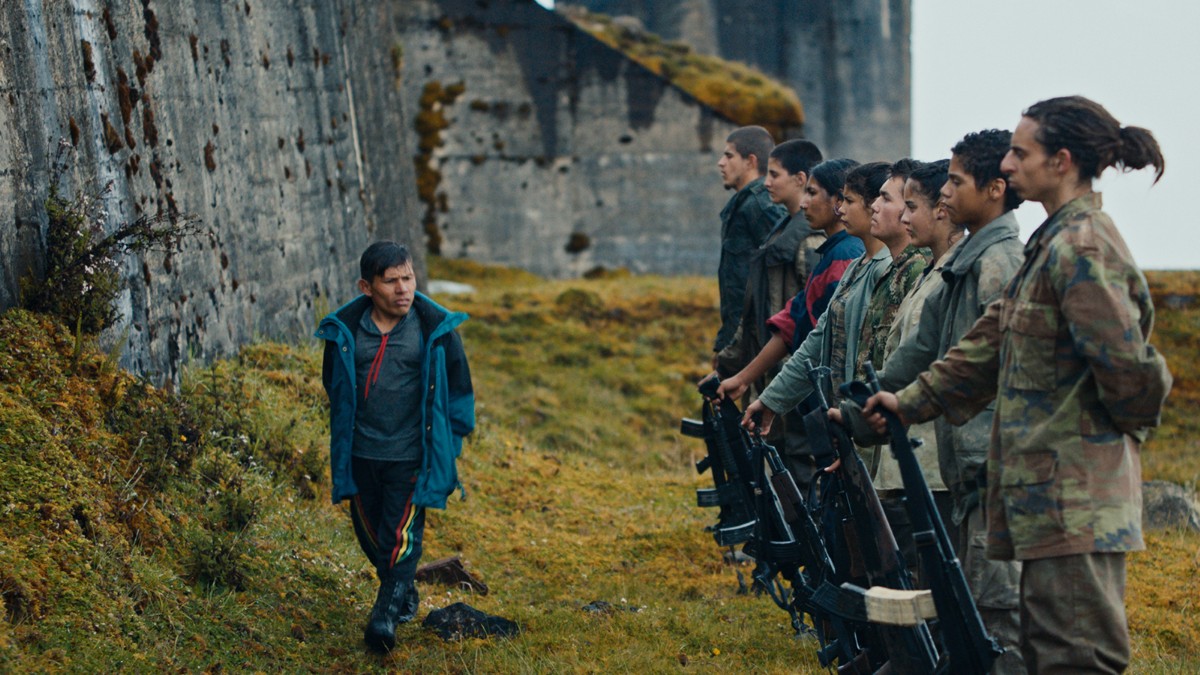 Lord of the Flies will always be the template for exploring adolescence through the lens of isolation and violence, but based on the reviews out of Sundance, Alejandro Landes’award-winning film Monos may set a new standard. Landes takes us deep into the Colombian jungles to follow a group of young guerillas charged with watching over an American prisoner on the orders of a mysterious organization. Of course, these are kids and kids are going to play

Winner of the World Cinema Drama Special Jury Award at Sundance, the film was picked up by Neon who have crafted this trailer perfectly, minimizing dialogue and focusing on the diverse cast and tone, which veers wildly from playful to deadly at a moment’s notice. Hard to believe that’s The Kings of Summer‘s Moises Arias as the group’s leader, Bigfoot, and August: Osage County‘s Julianne Nicholson as the captive Doctora.

SYNOPSIS: MONOS, Alejandro Landes’ awe-inspiring third feature, is a breathtaking survivalist saga set on a remote mountain in Latin America. The film tracks a young group of soldiers and rebels — bearing names like Rambo, Smurf, Bigfoot, Wolf and Boom-Boom — who keep watch over an American hostage, Doctora (Julianne Nicholson). The teenage commandos perform military training exercises by day and endulge in youthful hedonism by night, an unconventional family bound together under a shadowy force known only as The Organization. After an ambush drives the squadron into the jungle, both the mission and the intricate bonds between the group begin to disintegrate. Order descends into chaos and within MONOS, the strong begin to prey on the weak in this vivid, cautionary fever-dream.

Monos will open in theaters on September 13th.