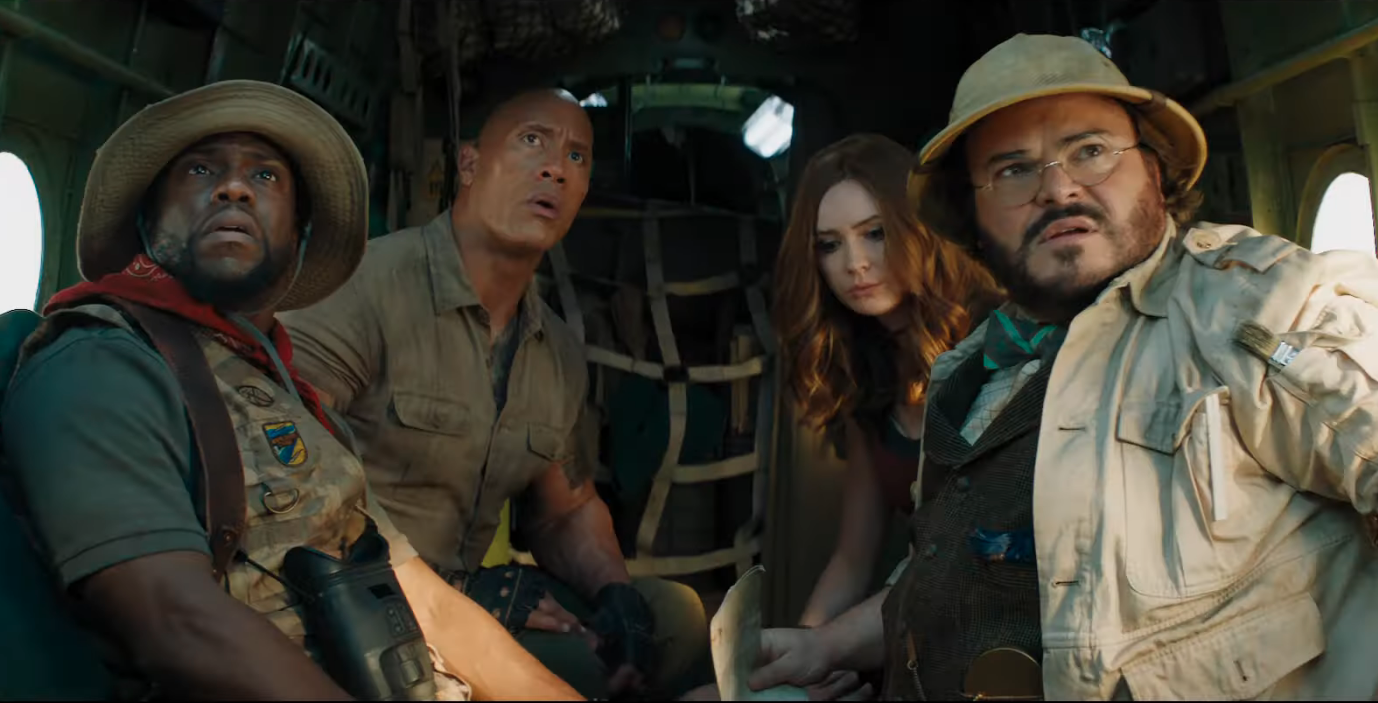 When Jumanji: Welcome to the Jungle opened in 2017, just days after Star Wars: The Last Jedi, the expectations were pretty low. While there was still a great deal of affection for the 1995 movie that starred Robin Williams, that it would carry over to a sequel/reboot more than 20 years later was a shock to everyone. But the film went on to be Sony’s highest-grossing domestic release ever, earning $404M here and a whopping $962M worldwide. With numbers like that, a franchise was reborn and now the first trailer for the sequel, Jumanji: The Next Level is here.

Dwayne Johnson, Kevin Hart, Karen Gillan, and Jack Black return, but the rules have changed this time. Think about when your grandparents try to play video games (Mine always called it”Nintendoo”) and inept they were at understanding any facet of it…well, that’s sorta what’s happening here. When the teens from the previous film return to the video game world of Jumanji, not only does one of them go missing, but two old guys played by Danny DeVito and Danny Glover have made the trip. DeVito got the lucky bounce and landed in the avatar of Johnson, while Glover is being channeled by Hart.

It’s kinda funny to see Johnson and Hart do their version of Grumpy Old Men, and there’s no reason to think audiences won’t love it, too.  Pretty much the entire cast of the previous film return, while Awkwafina is glimpsed in a brand new role of some mystery.

Once again directed by Jake Kasdan, Jumanji: The Next Level opens December 10th.