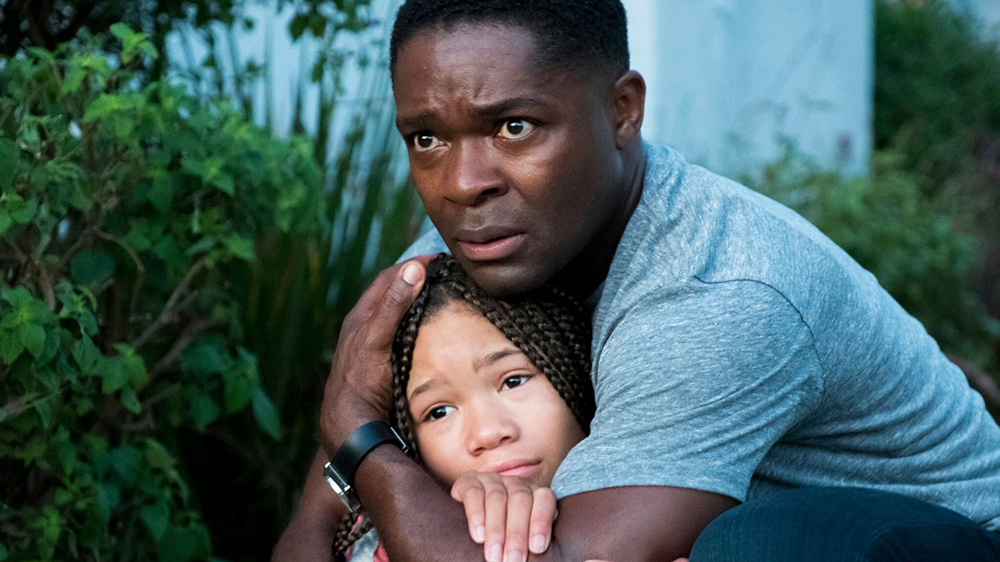 Formerly titled Relive, the Blumhouse thriller Don’t Let Go leans hard on its loopy central premise, combining time travel and an unsolved murder. But to look at it you would be more inclined to see it as a whodunnit with a supernatural flavor, a fun take that could turn this into another small-budget hit for the studio.

Starring David Oyelowo, the film centers on a police detective whose family is murdered, only for him to receive a shocking phone call from his niece, who was one of the confirmed dead. Together, he and his niece must work across time to find the murderer before it can be committed. Oyelowo is paired up with A Wrinkle in Time‘s Storm Reid, with Mykelti Williamson, Brian Tyree Henry, Shinelle Azoroh, Byron Mann, and Alfred Molina co-starring.

Behind the camera is Jacob Aaron Estes, who made a splash in 2004 with the excellent teen drama Mean Creek, followed in 2011 by his most recognizable film, The Details.

Sadly, I didn’t care for this movie at all when I caught it at Sundance.  It wasn’t awful, just so mediocre that I couldn’t work up the desire to review it, and I reviewed EVERYTHING else while there. There was just so much potential that to see so little done with it was a drag. That said, I feel like it can do much better in theatrical release than it did in Park City.