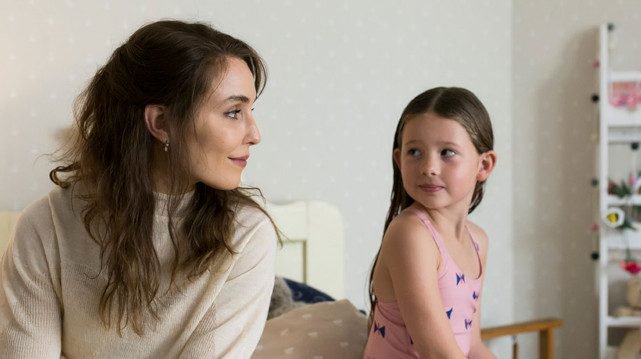 Some advice to parents: naming your daughter “Lizzie” is never a good idea. In the upcoming thriller Angel of Mine, Noomi Rapace plays yet another in a long line of unhinged folks named Lizzie, this one who believes another woman’s child really belongs to her.

As seen in the new trailer, Rapace stars as a grieving mother whose pain turns to obsession when she spies the daughter of a neighbor, played by Yvonne Strahovski, and comes to believe the little girl is her own. Luke Evans shows up as Lizzie’s ex-husband, who is about to take her other child in a custody battle, helping to trigger the woman’s descent into madness.

The film is directed by Kim Farrant with a script co-written by Lion screenwriter Luke Davies and David Regal. Interestingly, Farrant’s previous film was 2015’s Strangerland starring Nicole Kidman, which dealt with a mother whose two children suddenly vanish. Seems Farrant has found a subject of interest and is sticking close to it.

Angel of Mine will have its premiere at the Melbourne Film Festival, before hitting theaters and VOD on August 30th.