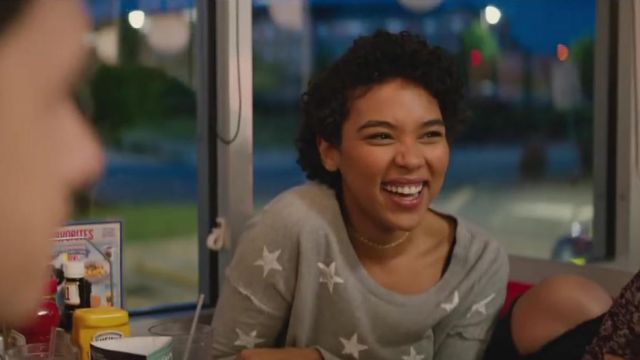 Somehow, someway, David Sandberg got somebody to greenlight a sequel to his bizarre retro short film, Kung Fury. Not only that, but he’s already attracted huge names in Michael Fassbender (!!) and Arnold Schwarzenegger (!!!) for the kung-fu cop comedy. Now he’s got another franchise star as Alexandra Shipp, best known for playing Storm alongside Fassbender in the X-Men movies, has joined the cast.

Shipp has come aboard the Kung Fury sequel, taking over the role vacated by Baby Driver’s Eiza Gonzalez, who had to drop out. The original 2015 short was set in 1985 Miami and followed Kung Fury, “the greatest damn cop of all time” as he and his assembled team from across time to defeat the villainous Kung Fuhrer, Adolf Hitler.  It’s a combination of kung-fu, sci-fi, cop comedy, and fantasy, featuring stylized visuals that made the short a viral sensation.

Here’s the full synopsis: “It’s 1985, the best year ever. Miami is kept safe under the watchful eye of Kung Fury, the greatest damn cop of all time. Kung Fury’s Thundercops are the ultimate police force assembled from across history to defeat the villainous Kung Fuhrer, Adolf Hitler. After the tragic death of a Thundercop causes the group to disband, a mysterious villain emerges from the shadows to aid in the Fuhrer’s quest to attain the ultimate weapon. Kung Fury must travel space and time itself to save his friends, defend the prestigious Miami Kung Fu Academy, and defeat evil once and for all.”

Fassbender is in the title role with Schwarzenegger as the President of the United States. Shipp will play Rey Porter, a news anchor hungry to get the best story.

Sandberg has previously said this wouldn’t be a true sequel, but more of a remake. Makes sense given the star power he has at his disposal.

Filming is going on now with Sandberg directing. [Deadline]