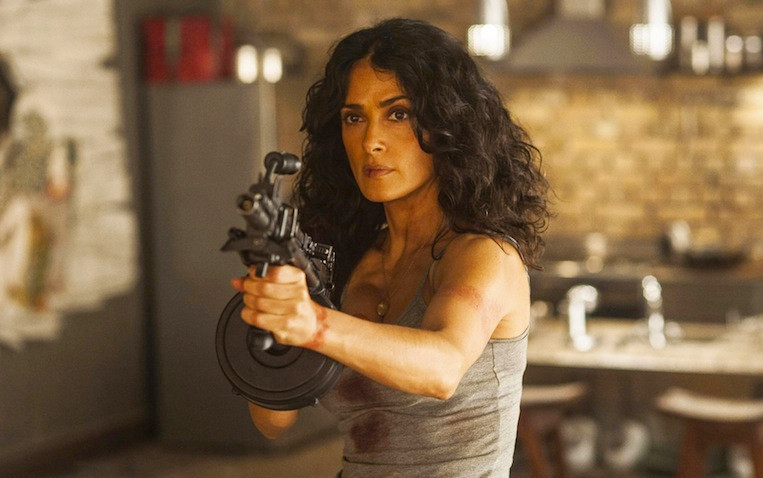 With the news of Salma Hayek being eyed to star in Marvel’s The Eternals, TheWrap seems to have buried the lead. Hayek, known for starring in films such as From Dusk til Dawn, Savages, and The Hitman’s Bodyguard, would be the latest to join a cast that includes Kumail Nanjiani, Richard Madden, and Ma Dong-seok.  Noticeably missing from the report? Angelina Jolie, who was the biggest name and the first named to a role.

It’s unlikely that Jolie, one of the biggest stars in the world, was mistakenly left out. While it appeared she was locked in for the role of Sersi, a deal has clearly not been struck and may never happen. If she drops out it would be a major blow considering she is such a huge draw for what will be a risky gamble for Marvel. Few people are aware of the Eternals, cosmic entities and evolutionary offshoots at war with their destructive cousins, the Deviants. Hayek’s role, like all of the others, remains a mystery.  And no word on rumors that Keanu Reeves is up for a part. No news is probably bad news, in this case.  Chloe Zhao will direct The Eternals with filming set to begin in September.

Hayek has been seen this year in The Hummingbird Project and Drunk Parents. Next year she’ll star in Miguel Arteta’s comedy Limited Partners.