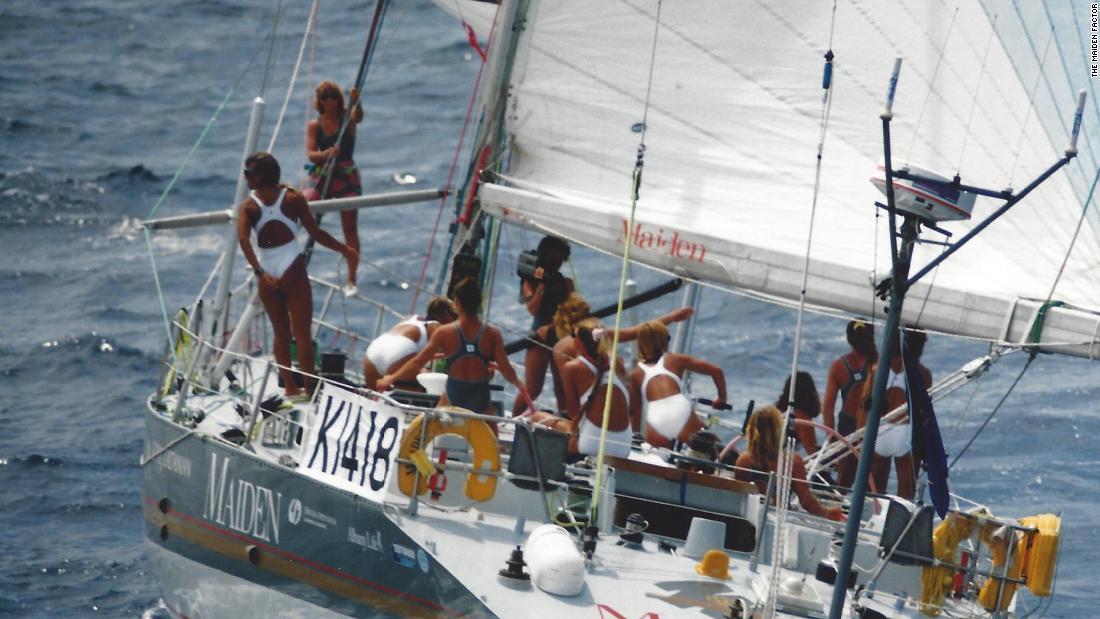 Female athletes, or as I call them, athletes, have been in the spotlight the last couple of years, demanding equal pay and fair treatment in media coverage. Whether its Serena Williams being called out for showing emotion at last year’s US Open, the U.S. Women’s soccer team suing the U.S. Soccer Federation for gender discrimination over equal pay earlier in March, or Nike being called out by pregnant athletes for unfair contract clauses, women seem to be rightfully demanding to be taken as seriously as male athletes in sports. Of course, this is nothing new, and Sony Picture Classics and Alex Holmes new documentary Maiden proves that. Chronicling the first all-female sailing crew ever to compete in an around the world race, Maiden looks at the sacrifices and determination of skipper and navigator Tracy Edwards and the group of hardworking and competitive women behind her aboard their appropriately named ship, Maiden. 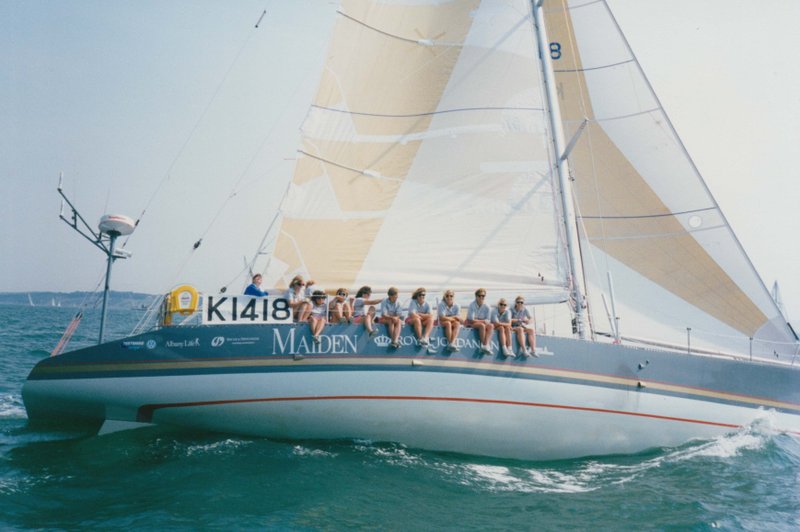 Told in archival footage from the race and in talking-head interviews with the Maiden’s crew, other race participants and journalists following the event, the film is grounded in the present while reflecting on the past. Edwards, the leader of the voyage, had been a stewardess on a yacht after being expelled from school and eventually worked her way through up to first mate before entering the Whitbred Round the World Race in 1985 in the only position an all male crew was comfortable giving a woman, cook . Out of the 200 people racing, 5 were women. Tracy used the sexism she experienced to build a racing team for the 1989 race. The film obviously focuses on the 1989 race, but it also expands upon Edward’s journey to find a crew, a boat, and a sponsor, all the while building morale and confidence in her crew and handling a sexist media that actively betted against her. 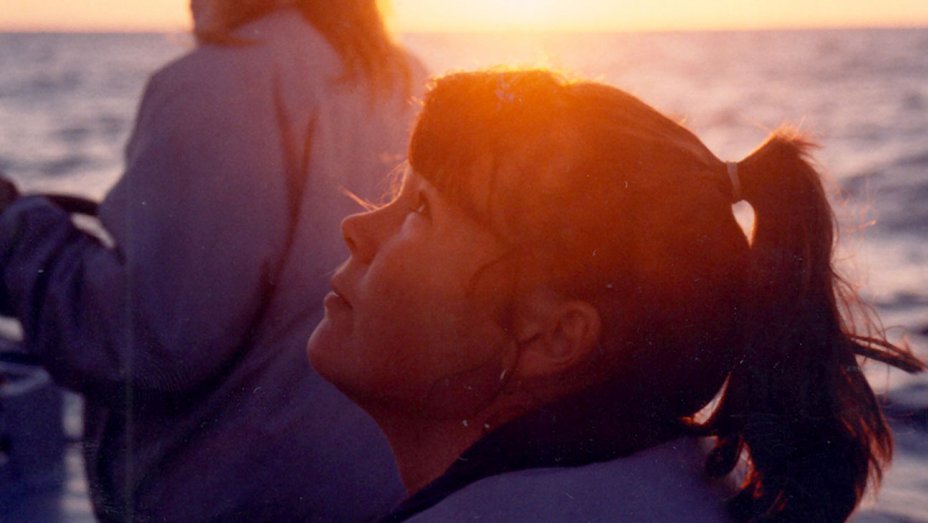 Its stressed in the documentary that many thought these women would not make through the first leg of the race, let alone win two of the legs in their division. Journalist Bob Fisher, interviewed in the film, at the time referred to the Maiden as a “tin full of tarts.” Watching posh old white men proudly justify their sexism is riveting until you realize that that they were just as proud to be proven wrong. The film doesn’t seem to dwell or over exaggerate on those negative viewpoints nor does it oversell the triumphs of the crew. The obstacles they faced are stated very matter-of-factly. This add to honesty shines throughout the entire film, making you want to shout for their triumphs and squirm for the trials. 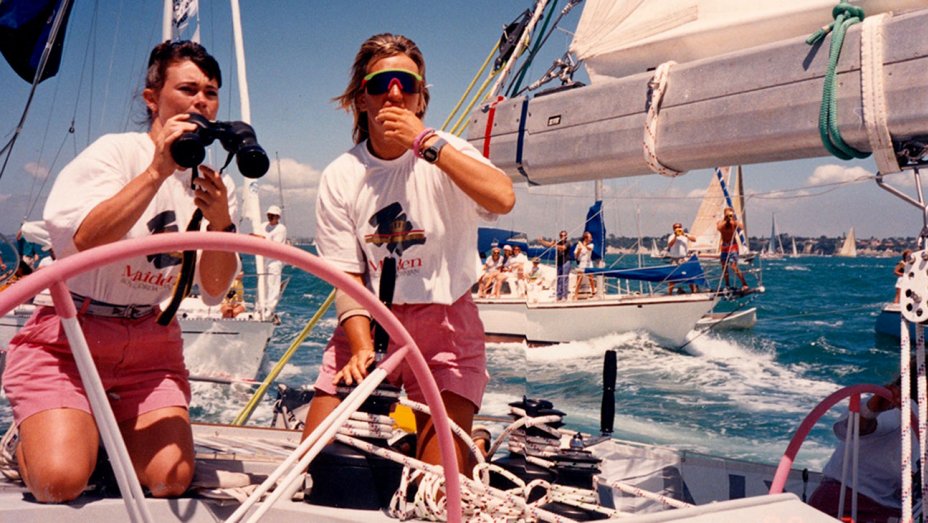 Something that the film doesn’t touch upon is the privilege and class issues that encompasses the sport. At the time the most expensive boat in the race was 6 million dollars, and while it is apparent that Edwards struggled to find a sponsor or even a boat they could afford, that is attributed to the sexism within the field at the time. This was not only a man’s race, but a white rich man one at that. To not address that in 2019 in the current political climate seems like a missed opportunity. That being said, the film doesn’t sentimentalize the film’s events and that includes focusing on its direct impact on modern day yacht racing. 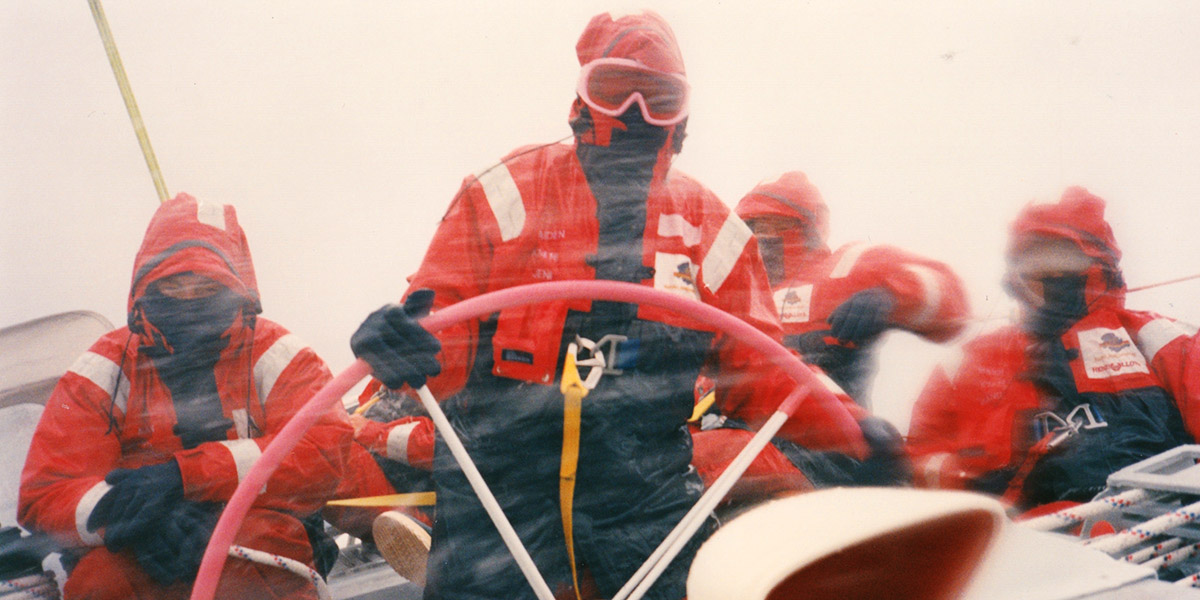 Tonally the narrative builds in a grounded way. No manipulative documentary tricks were used in making this film, meaning no reenactments, no reuniting the women on the Maiden at the film’s end. It doesn’t need those devices, as the story is so powerful on its own. A woman who was told “no” countless times, builds a crew of women to be told “no” together, sail around the world together and ends up surprising everyone. The effects of the race are still very much present in these women. They know what they did mattered.  The love, respect and closeness that they still have with each other can only be established by weathering storms together, whether it be literal ones or figurative ones.