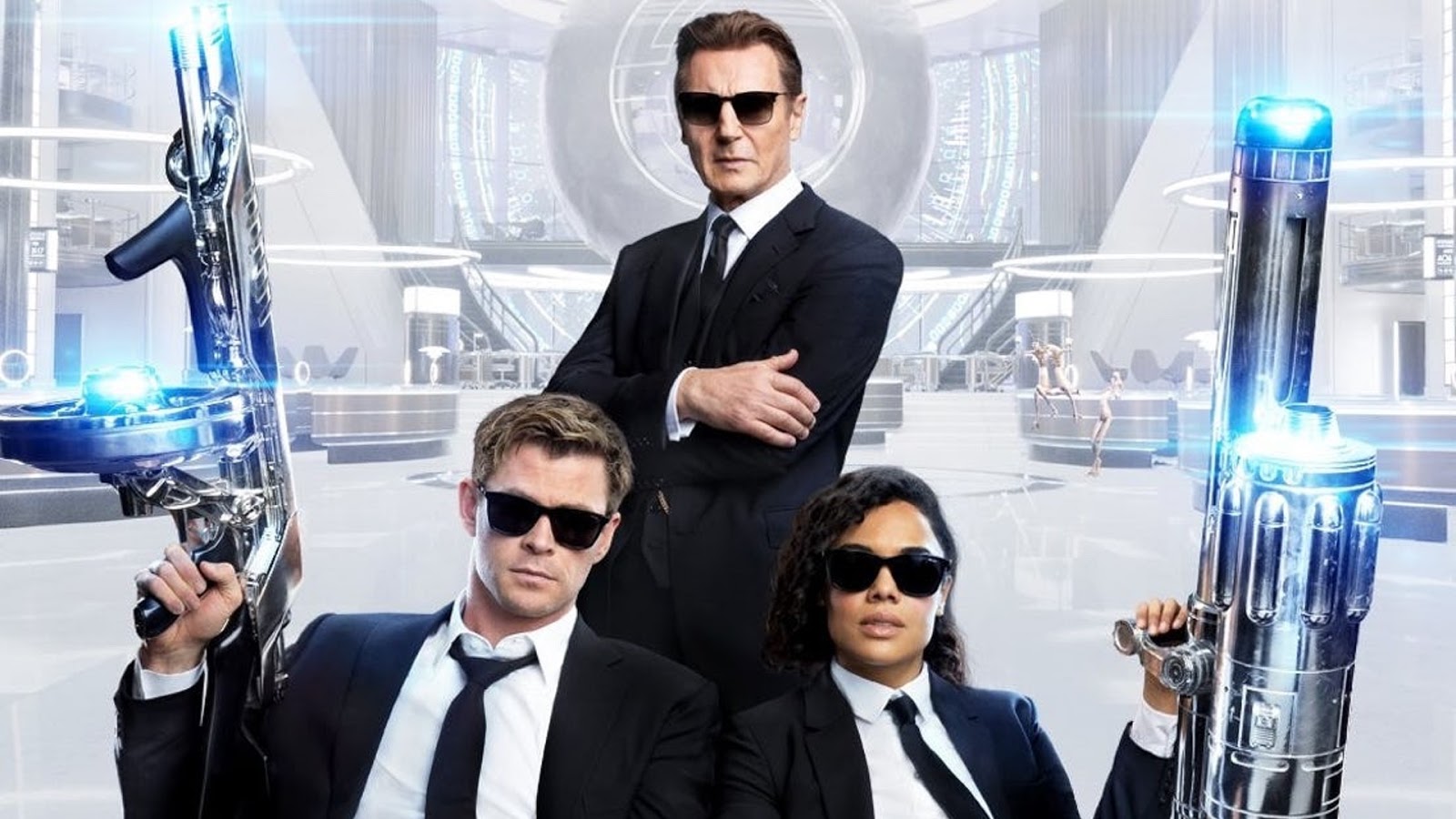 Can you believe it’s been 22 years since Tommy Lee Jones and
Will “in the prime of his alien action movie phase” Smith stepped on to the
screen with dry wit and snappy one liners?
22 years. Wow. Here we are in 2019 with Men in Black: International, the MiB sequels have definitely been spaced out over the
years with 5 being the fewest number of years between any of the four films.
This time around the agents are all new, fresh blood to relaunch a franchise on
and who better then the most likable guy in Hollywood, Chris Hemsworth and the
woman whose aura of awesome doesn’t seem to stop growing, Tessa Thompson. You
can’t blame anyone for pairing these two up again, honestly if no one had
grabbed them to do exactly this, re-launch a franchise, after their electric
chemistry in Thor: Ragnarok I would
have had to assume Hollywood was losing its opportunistic touch.

Let’s get to it, shall we? The plot is refreshingly simple,
for the most part. Molly (Tessa Thompson) wasn’t properly neutralized after an
alien encounter as a child. Now she’s all grown up and is seeking out the
mysterious Men in Black. After making it into the MiB London office she’s given
a chance to join the team and is paired with Agent H (Hemsworth) and gets a
quick study in protecting the earth as the two are immediately thrust into a
series of missions. Really, do we need more? Well, maybe. The end result is
your basic summer blockbuster. Usually I wouldn’t say that’s a bad thing but
when you take the reigns of a hit franchise you better bring a bit more to the
table. The first MiB was something totally different, Will Smith brought a
comedic charisma to a genre that had usually either been deadly serious or
played straight for laughs….think about it, were there any action-comedy alien
movies prior to that? Of course, the sequels (all of which I liked) have been
degrading in quality according to popular opinion since part 2 hit in 2002. So maybe this is just in keeping with the trend

Thankfully, if you’re buying your ticket based solely of the
chemistry of the films leads, you will not be disappointed. Hemsworth and
Thompson are impossible not to have fun with and apparently are naturals when it comes to acting amongst aliens. The two are actually playing
roles somewhat similar to those they played in Thor: Ragnarok with Hemsworth as the not-so-bright lovable frat boy
type to Thompson’s more serious yet still funny straight man….errr, woman. The
movie does a great job of fleshing out the universe and makes sure to hit on
all of those MiB staples, though some of the jokes don’t have nearly the same
kick as they did when we first saw them (the monitoring wall of celebrities who
are actually aliens for one). The effects and creature/alien design were surprisingly
good with what appeared to be a lot of practical effects and make-up in lieu of
overly digitized surroundings. The supporting cast, filled with the likes of
Kumail Nanjianai, Liam Neeson, Emma Thompson, and Rafe Spall, all give the
performances their names bring to mind with no one obviously phoning it in.
Did we need this movie? Of course not, but I’d be lying if I
didn’t say it was a fun watch. It has nowhere near the heart and charm of its
namesake but it is a textbook summer popcorn movie. I wouldn’t expect that this
flick relaunches the franchises into more sequels but I would guess the box
office receipts will have more to say about. Not a bad way to spend a hot
summer afternoon indoors with a bucket of popcorn.
Rating: 3 Out of 5 Stars