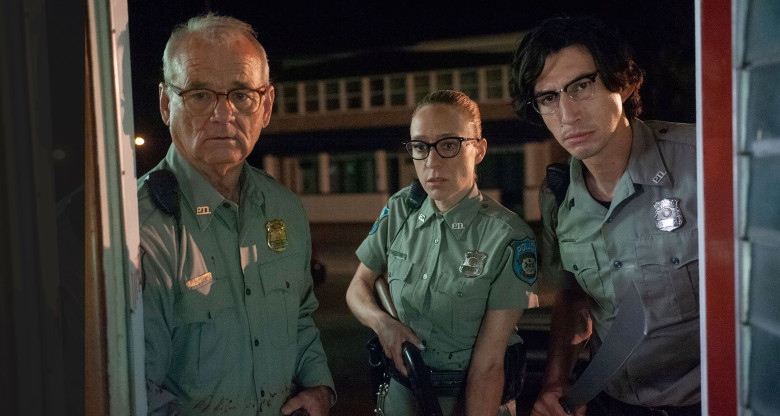 Finally, Jim Jarmusch has gotten around to making a zombie movie. The venerable, eclectic filmmaker has tackled pretty much every genre and put his distinctive stamp on them all. The Dead Don’t Die, which the promos gleefully boast has “the greatest zombie cast ever”, is pure Jarmusch. Eccentric and drowsily-paced, it works only as far as the talented stars Bill Murray, Adam Driver, Tilda Swinton, and Chloe Sevigny can carry it. But a messy and unfocused script full of half-cooked ideas should’ve stayed buried with the undead.

It’s Murray and Driver who carry The Dead Don’t Die on their shoulders as Police Chief Cliff Robertson his partner officer Ronnie Peterson. Together they are the law in the sleepy town of Centerville, where the most dangerous thing that might happen is the occasional chicken stolen by the town’s local misfit, Hermit Bob (Tom Waits), who lives off the grid. As quiet as it may be, Centerville is also the most climate conscious place on Earth. The radio and TV, when they aren’t endlessly playing Sturgill Simpson’s title track “The Dead Don’t Die”, are filled with hair-on-fire stories about polar fracking and its effect on the planet. Obvious jabs at climate change-denying MAGA supporters are worth a chuckle but don’t go as far as we’d expect Jarmusch to go. 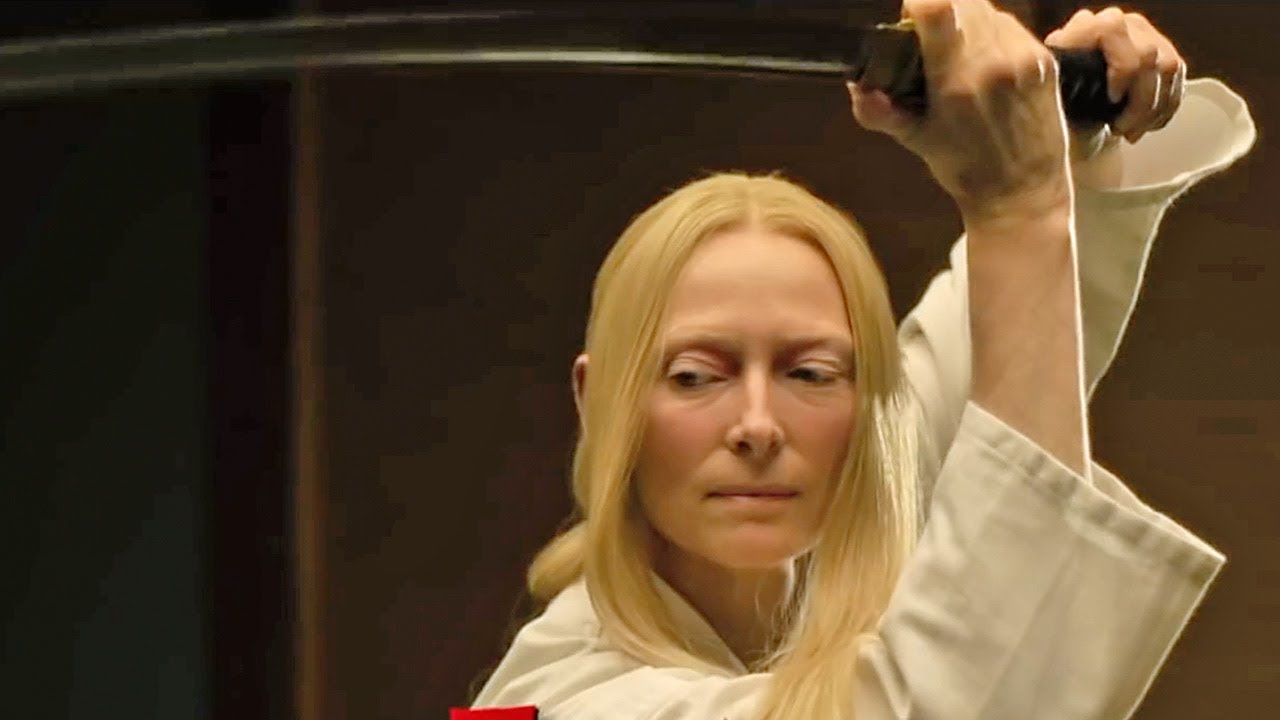 That, unfortunately, turns out to be a recurring theme. When the undead start walking the streets, Jarmusch cuts a narrative corner to explain Ronnie’s suspicious knowledge that everything “is going to end badly.” It would be fine if Jarmusch stuck with the paradigm he established throughout, but it only occurs when something needs to be explained. The cops, along with Sevigny as the most shook-up member of their team, mosey through the zombie uprising like it’s just another day on the job, visiting an oddball assortment of figures played by Steve Buscemi, Caleb Landry Jones, Danny Glover, Selena Gomez, and Tilda Swinton. None of them add much to the film except for Swinton, whose Scottish samurai warrior undertaker is the movie’s highlight. Well, her and the sight of Driver ballin’ out in his puny Smart Car. Promising ideas emerge only to vanish beneath the pile of undead corpses. Openly self-aware about the movie being made, Jarmusch’s characters seem to realize they’re in a movie, too, but knowing that doesn’t amount to much insight or comedy. The sky sparkles when Gomez’s character Zoe first introduces herself to the dumbstruck officers, but if there was any plan for Jarmusch to make light of the starlet’s celebrity it must’ve been in a different screenplay.

As usual, Jarmusch fills his movie with homages to genre classics with George Romero’s Night of the Living Dead often referenced visually and thematically. While the societal conclusions it shares with Romero’s classic are as subtle as a zombie bite to the neck, Jarmusch paves his own way with the creatures themselves. Rather than limping around chomping on brains, they flock to familiar haunts and past cravings, bellowing out for “coffee” or looking for Wi-Fi, which turn out to be good for a few laughs. Better is a dusty smoke effect when the zombies are killed, rather than spurting blood which never made a whole lot of sense. 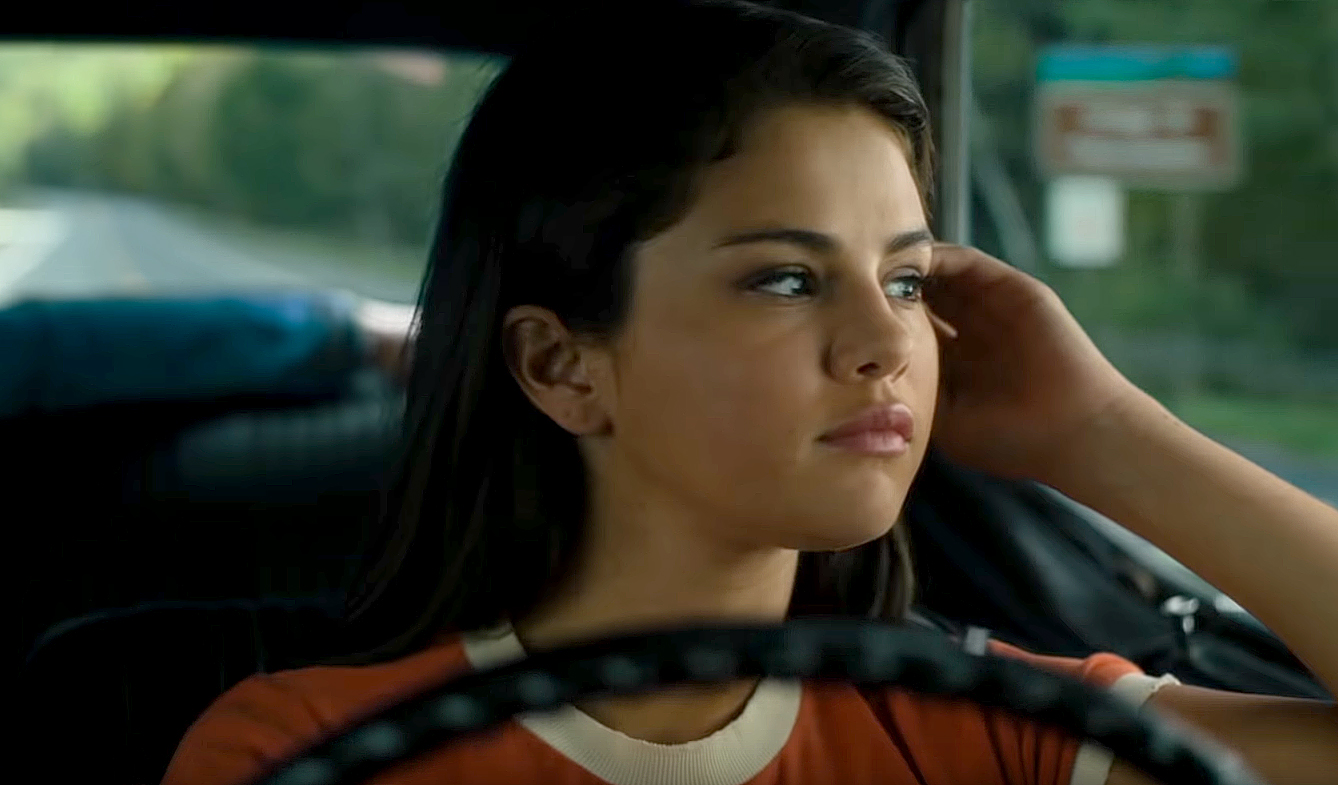 Driver and Murray are already attuned to Jarmusch’s dry-as-a-bone wit, but they can’t prevent the film from dragging. A 100-minute runtime feels considerably longer with characters who don’t seem to be in a hurry to get anywhere, and Jarmusch has no rush for them to. When it comes to a contemporary take on classic movie monsters Jarmusch did a far better job with his vampire rock music drama Only Lovers Left Alive. Neither biting commentary or effective social satire, The Dead Don’t Die exists somewhere in-between, never as alive as it should’ve been.