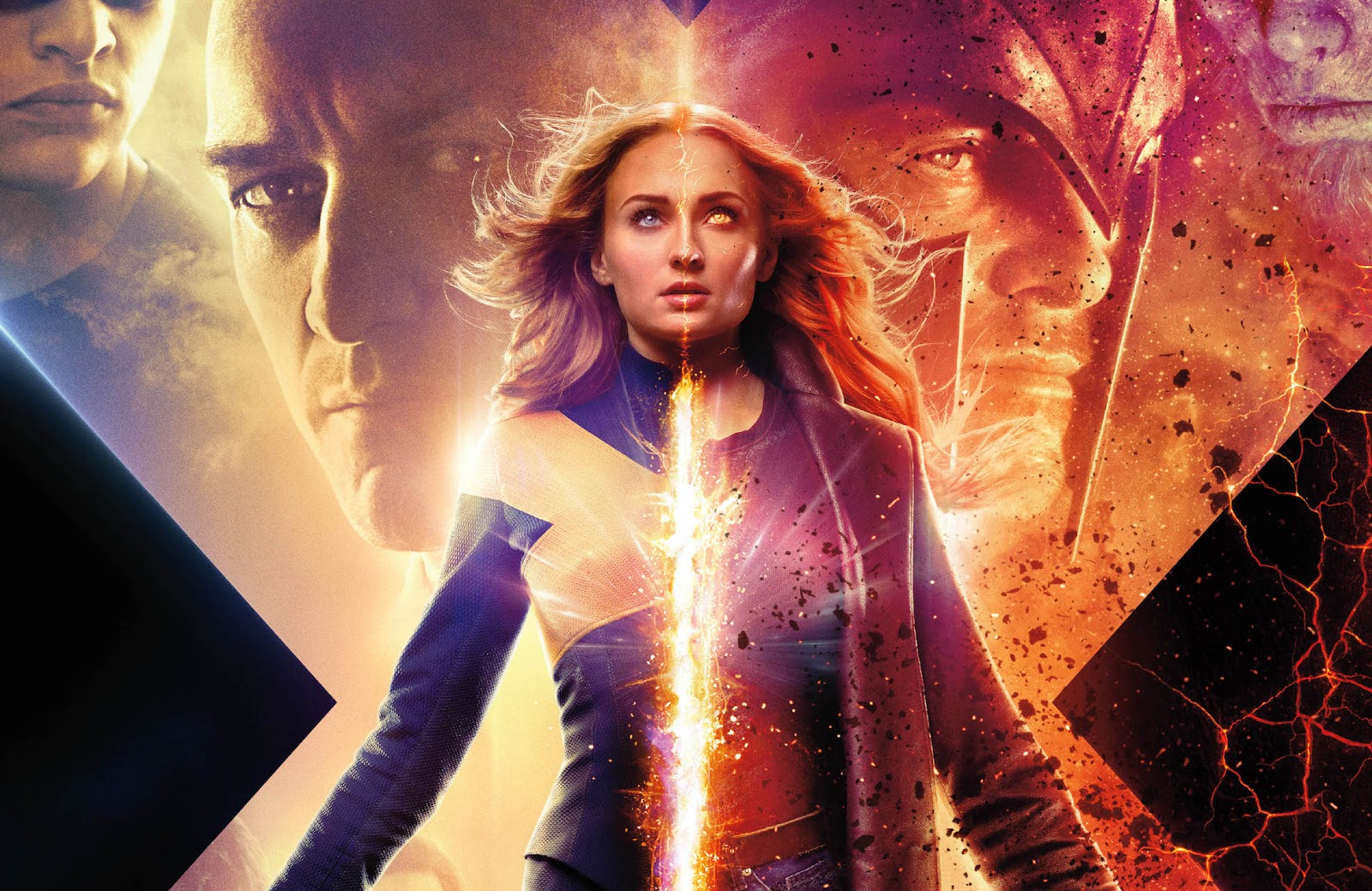 Dark Phoenix arrives at a crucial inflection point, not only for the franchise but for superhero movies in general. Marvel’s Avengers: Endgame was so big, so dynamic it has people worrying that audiences are ready to take an extended breather. More importantly, this is the big hand-off from Fox’s mutant franchise over to Disney, who will inevitably reboot the X-Men sometime down the road. So Dark Phoenix is a lame duck, a last gasp, and a chance to end the impressive two-decade-long series with a band. Well, it’s more like one of Nightcrawler’s “Bamfs” than the concussive force of a Cyclops eyeblast, but a definite step up from X-Men: Apocalypse.

That may sound like faint praise but it isn’t. Dark Phoenix comes with a load of bad baggage, and for most people I imagine the negative reaction has already been baked in for months. However, there’s actually quite a lot to enjoy about longtime franchise producer Simon Kinberg’s directorial debut, and attempt to salvage the classic “Dark Phoenix Saga” after he and Brett Ratner trampled it with X-Men: The Last Stand.  The result is a lean, exciting, if somewhat standard comic book movie that relies completely on you already being a dedicated fan of Marvel’s merry band of mutants. Neophytes need not apply.

Kinberg doesn’t push the envelope in developing some of the larger themes inherent to the story of poor, troubled omnipath Jean Grey, played ironically with an icy chill by Game of Thrones’ Sophie Turner. A familiar opening scene finds a young Jean inadvertently causing a car wreck due to the emergence of her powers, killing her mother and traumatizing her father. Years later, it’s 1992 and Jean is a reliable member of Charles Xavier’s (James McAvoy) faculty and a member of the X-Men. The X-Men have always been heroes contingent on a world that fears them, but now the world embraces them. The President has a big ol’ “X” phone he can dial them up with, kids flash around X-Men dolls and paint their faces blue like Mystique (Jennifer Lawrence, so ready to leave it’s painful to watch) and Nightcrawler (Kodi Smit-McPhee).

When an astronaut rescue goes wrong and Jean takes in a bath of strange cosmic radiation, everyone is just glad she survived. But soon after it becomes apparent that something has begun to change within Jean; she’s growing angrier and more deadly with her powers. Worse, an anonymous alien woman (played by Jessica Chastain) and her followers have arrived to track Jean down and claim that power for themselves. The mental barriers Xavier erected within Jean’s brain to protect her from the bad memories have begun to erode, and the consequences prove deadly.

One of the big problems with X-Men: The Last Stand, one of many, is that it wasn’t truly about Jean’s experience. There were so many characters, so many storylines, so much of everything that her pain was lost and Dark Phoenix makes it a point to focus on her and the trauma of finding out everything she knew was a lie, and that the man she sees as a father-figure, is the architect of it all.  The X-Men comics have often tapped into Xavier’s messiah complex, using his powers irresponsibly in an effort to do what he thinks is right. His intentions are good even if he’s trampling on every ethical and moral standard he readily holds others to. The movies have teased this in him for a while, too, and Kinberg does a nice job of bringing that to fruition here. He gets raked over the coals pretty harshly, not only by Jean but by Beast (Nicholas Hoult), Mystique, and even Magneto (Michael Fassbender), who can’t resist being the moral authority for once.

So Jean does what we would expect an angry Omega-level mutant to do. She lashes out, unsure of what exactly is causing her rage, and people start getting killed. Rumors of a certain character’s death turn out to be true, and there are other ballsy moves I can only believe were inspired by the franchise’s inevitable conclusion. The violence is ramped up to another level, Nightcrawler getting some truly inspired kills under his belt, and we even hear Cyclops (Tye Sheridan) drop an F-bomb. Yes, Cyclops. The boyscout with the laser eyes. Him. Kinberg has clearly been influenced by his time working with Bryan Singer as his action is similarly adequate. Most impressive is the opening deep space rescue that finds Quicksilver (a perfectly arrogant Evan Peters) using his speed in conjunction with Nightcrawler’s teleportation. The closing battle aboard a moving train raises the stakes like any finale should, a surprise considering it was part of a major batch of reshoots to avoid similarities with Captain Marvel. It was a smart decision, ultimately, as setting the fight on Earth keeps closer emotional ties to Jean and her teammates. A space battle between cosmic-powered beings probably wouldn’t do that.

There’s still not quite enough action to go around, but Dark Phoenix‘s other big problem is a screenplay that mistakes slogans and one-liners for actual displays of female strength. A brief showdown between Mystique and a gloating Xavier finds her claiming the team should be renamed “X-Women”. It’s a funny bit that got chuckles at the screening I attended, but it fails to resonate when the female characters (lookin’ at you Storm!) don’t really get to show much power or emotion.

And, sad as this is for me to admit, but I wish Dark Phoenix could have pushed things even further. The best X-Men movies were audacious either in theme or spectacle. I’ll never forget X-2 when Nightcrawler teleported into the White House and bamfed the shit out of Secret Service to get to the President. Or the sheer boldness of setting X-Men: First Class as a 1960s spy movie. Or the flat-out awesomeness of X-Men: Days of Future Past giving us the best of both worlds with new and old casts. Dark Phoenix, as solid a movie as it is, doesn’t aspire to be much but a reclamation project. A successful one, mind you, but if this phoenix of a franchise is going to be reborn it would’ve been better to burn out than to simply fade away.