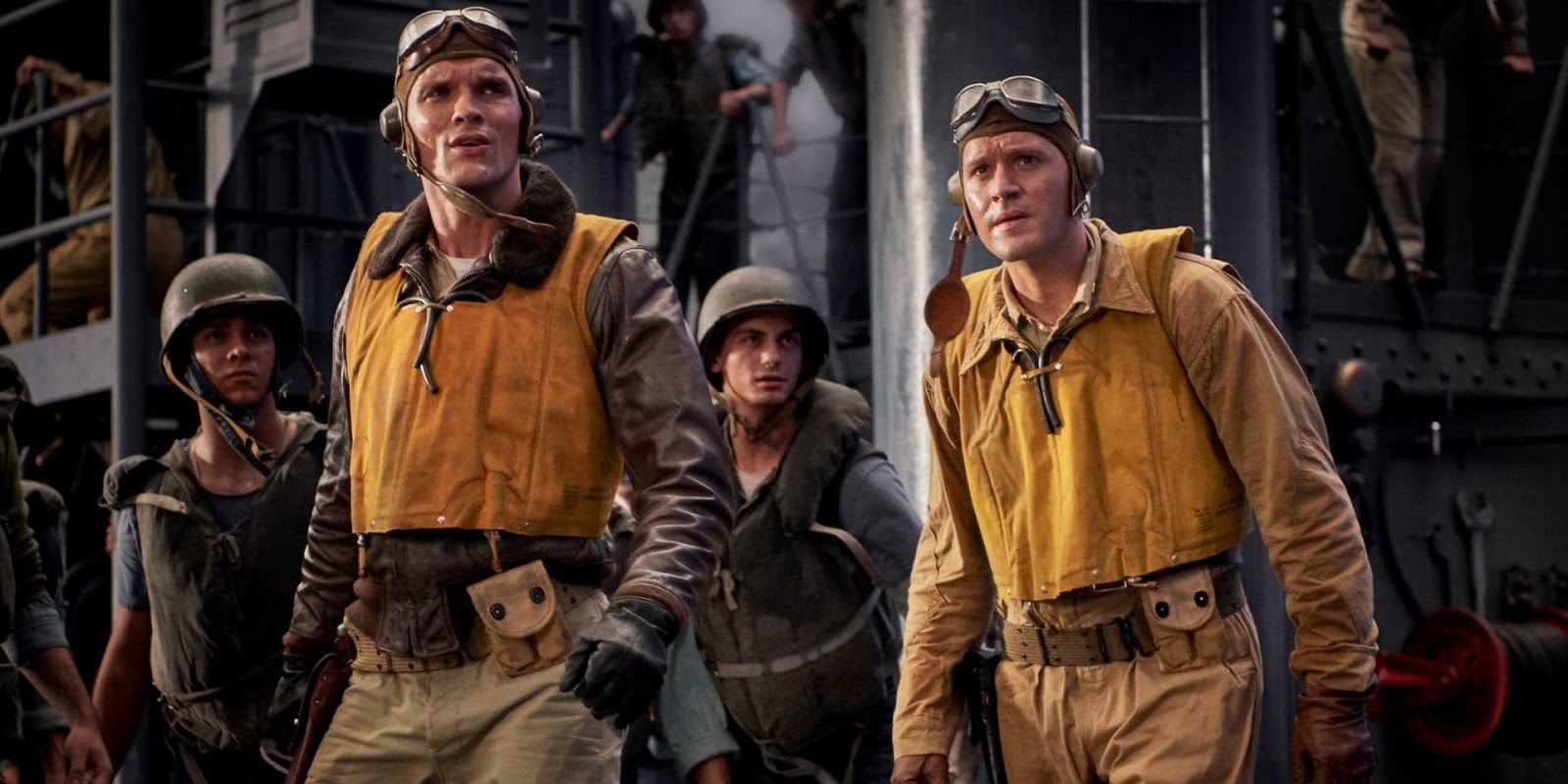 Admit it, your brain just flashed to a shot of a spaceship blowing up the White House. Emmerich is as capable of ridiculously over-the-top spectacle as any director, and while they used to draw some pretty big box office that hasn’t been the case for a very long time. Perhaps a trip back into WWII history where giant naval ships can get blowed up real good will turn things around?

The first trailer for Midway is here and it’s exactly what you’d think a war movie from the Independence Day guy would be. Planes rifling bullets down busy streets, warships engulfed in flames, and a slack-jawed Patrick Wilson. The film is based on the pivotal Battle of Midway in which the US Navy won a decisive victory against the Japanese, but I wouldn’t go writing any book reports based on what you see in this.