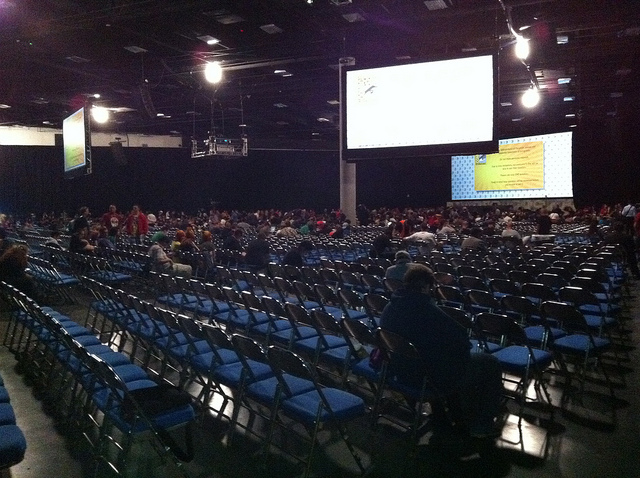 Damn, Marvel isn’t going to have any competition at Hall H this year! With Warner Bros. already having pulled out of a Hall H presentation at next month’s San Diego Comic-Con, one of the studios I and others have been expecting big things from has decided to bow out. Deadline reports Sony Pictures will not be at Comic-Con’s Hall H, despite having a number of projects fans are eager to learn more about.

The timing on this is odd because Sony just released a trailer for Charlie’s Angels, which would’ve played well to the Comic-Con crowd. There’s also a lot of expectation for Spider-Man spinoff Morbius starring Jared Leto. Vin Diesel’s adaptation of the Bloodshot comic book would have also been cool to see something from. Sony could’ve also given updates on Zombieland 2, and maybe took a victory lap over the successes of Venom and Into the Spider-Verse.

Without Sony, Warner Bros., Legendary, and Universal it’s going to awfully quiet in Hall H this year. Can Marvel maybe do a three-day long show?