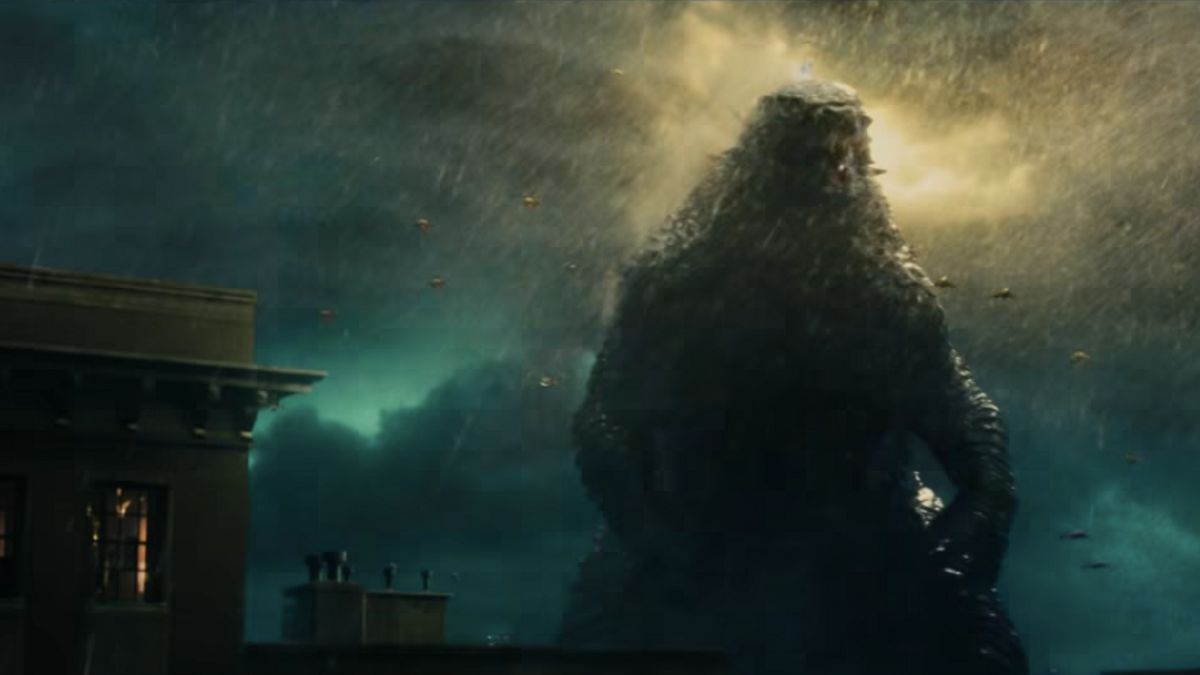 1. Godzilla: King of the Monsters (review)- $49M
Warner Bros.’ Godzilla: King of the Monsters stomped its way to the top with $49M domestic and $179M worldwide. That’s…well, okay. That number is roughly half the start of Gareth Edwards’ Godzilla just five years ago, and that at least made it up to $200M stateside and $529M worldwide on $160M budget. On a budget upped to $170M the sequel looks like it may do a fraction of the business. Even semi-prequel Kong: Skull Island, which Godzilla will (may??) crossover with next year, opened with $61M. So this isn’t great. Hardly a disaster, and who knows what it means for Godzilla vs. Kong, but clearly WB and Legendary have some evaluating to do.
2. Aladdin– $42.3M/$185M
Disney’s Aladdin slipped 53% in its second weekend for $42M and $185M domestic. Worldwide the live-action remake continues to do extremely well with $445M. This has to come as a relief to Disney, because I think there were legit concerns about how well this would do. Sure, Aladdin is a beloved animated classic but that’s also part of the problem. Would audiences want to see a childhood favorite remade in this way? At the same time, it’s not quite on the same level as The Lion King which is already on pace to break $200M in a single weekend.
3. Rocketman (review)- $25M
The Elton John biopic Rocketman, which is really a straight-up musical, opened with $25M domestic. The $40M film stars Taron Egerton as the rock superstar, singing and dancing his way through the first half of the singer’s life. There’s a good chance this will be sticking around for a long time. I’m not quite sure it’ll have the same interest level as Bohemian Rhapsody, mainly because Elton John is still around, but personally I found Rocketman to be a better movie with a more impressive by the multi-talented Taron Egerton. If what he does here catches on, don’t be surprised if this movie hangs around throughout the summer.
4. Ma (review)- $18.2M
Blumhouse has another small-budgeted hit on their hands with Ma, and I think this was destined to do well. The $5M thriller boasts more star power than the typical Blumhouse film, giving Oscar winner Octavia Spencer the chance to go nuts as a woman who grows obsessed with a group of hard-partying teens. Reunited with The Help director Tate Taylor, this had a special blend of acting talent and B-movie campiness that was appealing for horror fans.
5. John Wick: Chapter 3- Parabellum– $11.1M/$125.7M
6. Avengers: Endgame– $7.8M/$815.5M
7. Pokemon Detective Pikachu– $6.6M/$130.6MB
8. Booksmart– $3.3M/$14.3M
9. Brightburn– $2.3M/$14.2M
10. The Hustle– $1.3M/$33.1M