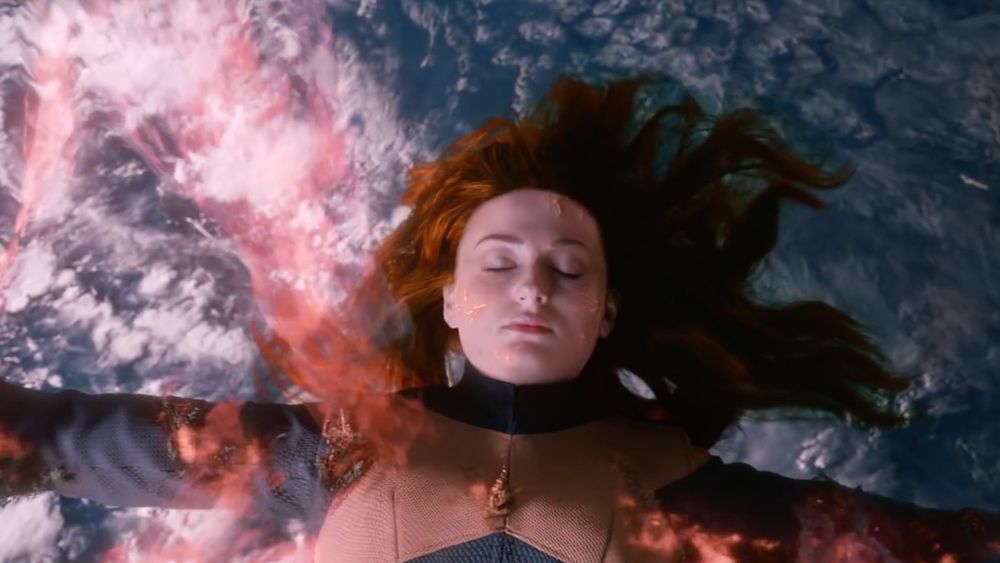 It’s the last stand of the X-Men, only for real this time! Dark Phoenix marks the final movie in Fox’s take on the X-Men, concluding a franchise that began way back in 2000. It’s been a long, problematic journey but it’s good to know that twenty years into these movies and the same argument is taking place between Charles Xavier and Magneto. No wonder mutantkind is doomed.

Three new clips have been released, including one that shows former pals Xavier (James McAvoy) and Magneto (Michael Fassbender) taking opposite positions on what to do about Jean Grey (Sophie Turner) who has turned deadly after an encounter with the Dark Phoenix. This clip shows Magneto with his crew, a couple of new characters and Beast (Nicholas Hoult) who appears to have turned his back on his old friends.

The next scene is another slow-motion rescue from Quicksilver (Evan Peters), this time as he races through a spaceship to save the crew. Along for the ride is Nightcrawler (Kodi Smit Phee), while Mystique (Jennifer Lawrence), Storm (Alexandra Shipp) kick their feet up and relax. Come on, gang! How about some words of encouragement?

And finally, a really stilted scene involving Jean Grey and a mysterious alien (Jessica Chastain) who is encouraging the young mutant to use her newfound cosmic powers to the fullest.  The true identity of Chastain’s character has yet to be revealed, but I’m just to say it now: she’s Mr. Sinister in disguise.  That’s my guess, anyway, and I know it’ll be true because I’ve waited 20 years for Sinister so naturally it will happen just in time for a reboot.

‘Scenes From A Marriage’ Trailer: Oscar Isaac And Jessica Chastain Go Through A Devastating Divorce In HBO’s Bergman Remake