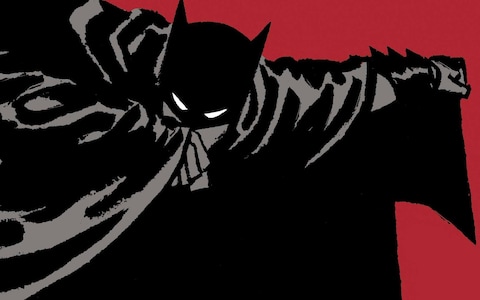 The slowest-moving production continues to tread in mud. There was some hope Matt Reeves’ The Batman would have some kind of unveiling at this summer’s Comic-Con, maybe the announcement of a star or just a logo treatment. SOMETHING. But if Variety’s Justin Kroll is accurate, we may be waiting a while longer before we hear anything.

According to Kroll, production on The Batman may begin in early 2020 rather than this fall as previously reported. The issue is Reeves’ script, which is still being ironed out and until that’s finished it’s impossible to really begin the casting process.

Here’s a small BATMAN update for you: hearing the script is still being polished up and that there’s a possibility shooting begins at the top of 2020 instead of fall 2019. Which means it’ll probably still be a minute before we find out who the next Caped Crusader will be

So far the biggest name put out there to play Bruce Wayne was Jake Gyllenhaal, but when he agreed to play Mysterio in Spider-Man: Far From Home that went out the Batcave window. Until we get an idea of the type of story Reeves is crafting it’s tough to get an idea who the best fit would be. Rumors suggest a younger Batman who relies more on his detective skills than the aging street fighter that was Ben Affleck’s take on the character.