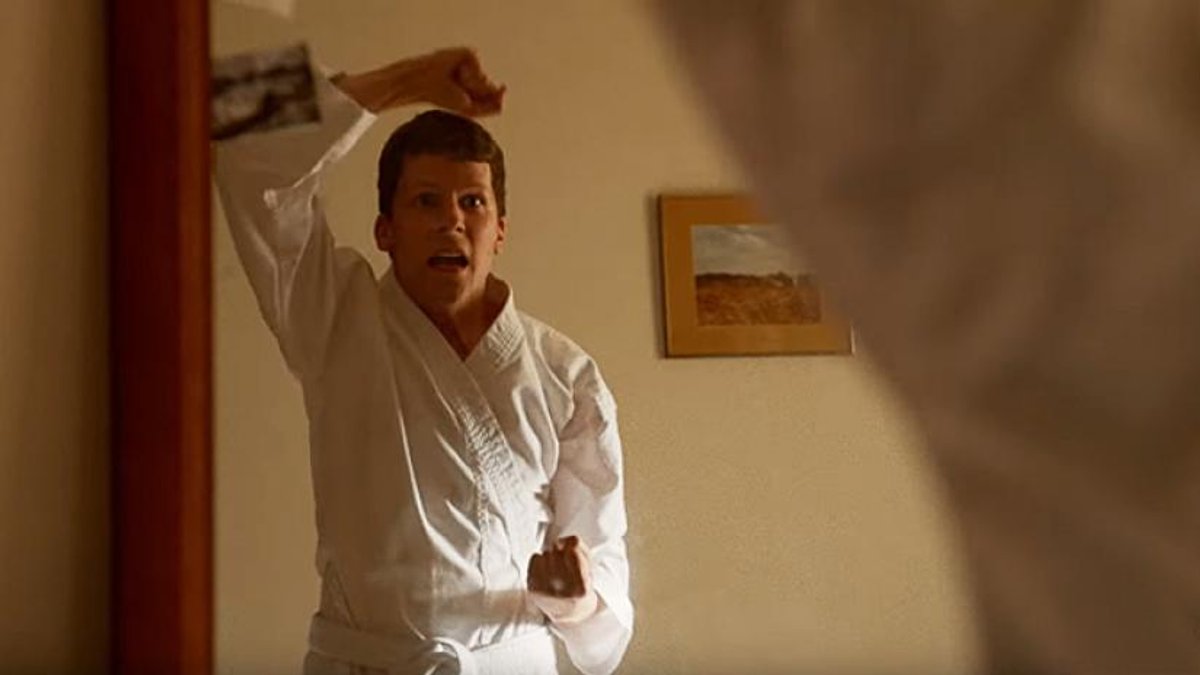 Are you ready to see Jesse Eisenberg karate chop his problems away? Good, then you’re ready for The Art of Self-Defense, a film that critics were buzzing about after its debut at SXSW earlier this year. Along with Eisenberg’s performance as a man trying to break out of his timid shell after being the victim of violence, there’s also the promise of director Riley Stearns, who made his directorial debut with the cult drama Faults starring Mary Elizabeth Winstead.

Eisenberg is joined by Alessandro Nivola as his zen martial arts master, plus Imogen Poots and actor-director David Zellner.  The film looks to be exploring masculinity with a sardonic eye, which should be perfect for Eisenberg who has always stood counter to the more physical actors out there.

Here’s the synopsis: After he’s attacked on the street at night by a roving motorcycle gang, timid bookkeeper Casey (Jesse Eisenberg) joins a neighborhood karate studio to learn how to protect himself. Under the watchful eye of a charismatic instructor, Sensei (Alessandro Nivola), and hardcore brown belt Anna (Imogen Poots), Casey gains a newfound sense of confidence for the first time in his life. But when he attends Sensei’s mysterious night classes, he discovers a sinister world of fraternity, brutality, and hyper-masculinity, presenting a journey that places him squarely in the sights of his enigmatic new mentor. Audacious and offbeat, The Art of Self-Defense is an original dark comedy that takes toxic masculinity to absurd extremes.