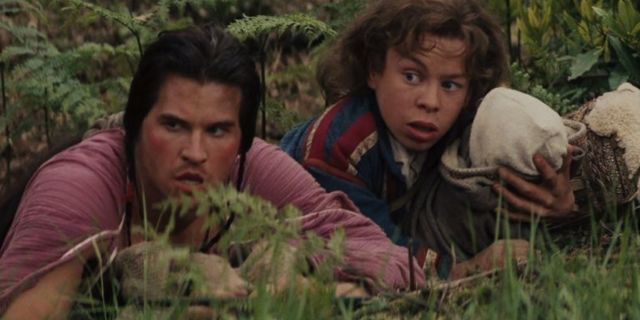 While it’s indisputable that Val Kilmer’s first movie will always be his best, 1984’s Top Secret!, he played a number of beloved characters during the decade. One of those is swordsman Madmartigan in Ron Howard’s cult favorite fantasy/adventure Willow, which also introduced many to the great Warwick Davis. There have been books, games, and more based on that movie but never a true sequel, although a return to the world of Willow may finally be happening.

Howard was on the Happy Sad Confused podcast where he revealed that talks for a Willow series on Disney+ are underway, spurred on by Solo screenwriter Jon Kasdan…

“There are some really serious discussions going on with Jon Kasdan, who was one of the writers of ‘Solo,’ who kept hounding me about ‘Willow’ the whole time we were shooting and also hounding Kathy Kennedy. We’re in discussions about developing a ‘Willow’ television show for the Disney+. And I think it’d be a great way to go.”


“In fact, George [Lucas] always talked about the possibility of a ‘Willow’ series, which he felt innately would be great and more intimate, and built around that character and some of the others. And Jon Kasdan has, I think, an inspired take on it and it could be really, really cool. Fingers crossed.”


If this seems unusual it’s because we don’t normally see things handled this way at Lucasfilm. You don’t really see it from Marvel Studios, either. There’s no loose talk about what might be in the works, and announcements don’t happen until all deals are locked.  Nobody benefits from bad rumors buzzing around for weeks and months, just go ask DC Films how that’s worked out for them.

Anyway, so this Willow series would be a continuation of the 1988 film and see the return of Warwick Davis as sorcerer dwarf Willow Ufgood. No other details available just yet.

For some, news of more Willow is as much a reason to pony up for Disney+ as any Marvel or Star Wars show could ever hope to be.  It’ll be very interesting to see if this comes to fruition because it will be a massive boost to the service’s already-stacked lineup.