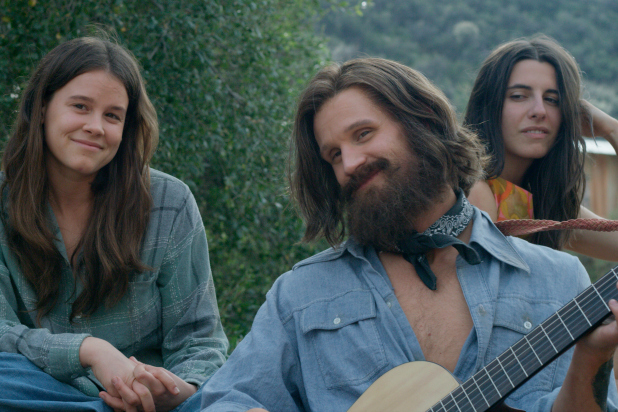 Charles Manson and the Manson family left a path of carnage
and destruction in their wake during the late ’60s and early ’70s. Many members
of the Manson family were arrested, but not before countless lives of innocent
people were lost. Charlie Says tells
the story of the Manson family from the eyes of three of the women that were
brainwashed by Charles Manson (Matt Smith). Leslie Van Houten (Hannah Murray)
aka LuLu, Patricia Krenwinkel (Sosie Bacon) aka Katie, and Susan Atkins
(Marianne Rendón) aka Sadie were three members of the Manson family that
were caught and sentenced to the death penalty at the California Institution
for Women. The death penalty was lifted, but the three of them will be spending
the rest of their lives in prison. Due to their notoriety, they were held in a
special security unit where the three of them had neighboring cells, spending 23 hours a day isolated from the rest of the population. Karlene Faith (Merritt Wever) was a graduate
student working in the prison that gets assigned to hold classes with the three
women during which each reflects on their experiences in the Manson family,
eventually giving light to the true horrors that they were a part of.

Charlie Says
being based on a true story that highlights the lives of real people adds a
level of captivation to the film. Karlene
Faith wrote a book about her interactions in the prison with the three women and director Mary Harron and writer Guinevere Turner are able to adapt Faith’s source material to the big screen. Charles Manson’s misogyny is deplorable,
and it is more than fitting that a group of women are the driving forces behind
a film that sheds more light on the Manson family and this evil man’s lunacy. Charlie Says goes back and forth in
time, featuring the women in prison and then showing us scenes from their past
interactions with Charles Manson and how the Manson Family lived and operated. It
is tough to imagine the three women featured in the film committing these murders
– they have incredible, almost over-the-top, manners; are laughing and singing
with each other throughout their time in prison together; and seem to genuinely
have been decent people trying to fill voids in their lives that were tricked
into going down the wrong path. 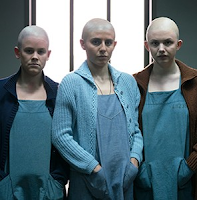 Charlie Says
shows the manipulation that Charles Manson employed on his followers. He took
advantage of mostly young women who were looking for love and acceptance. He
sold them a bill of goods and tried to build them up under his command – yet as
soon as one of them disobeyed him in the slightest, his dark side broke through
immediately as he would abuse them both verbally and physically. Charles Manson
went so far to control all aspects of his followers’ lives that he renamed
them, making sure that any identity from their past was washed away and
forgotten. Charlie Says unfortunately
isn’t able to capitalize on some intriguing source material – the film has interesting aspects to it, but there are long stretches that just drag on. The acting
by the main players is solid throughout and they establish a level of
creepiness, an almost detached and inhumane persona to their characters. Charlie Says is a middle tier film
without any truly memorable moments outside of the a few in the last 30ish
minutes. There are worse movies out there, but many better options as well – however
if you are looking for a unique viewpoint on the Manson family and their
crimes, Charlie Says fits the bill.
Rating: 2.5 out of 5