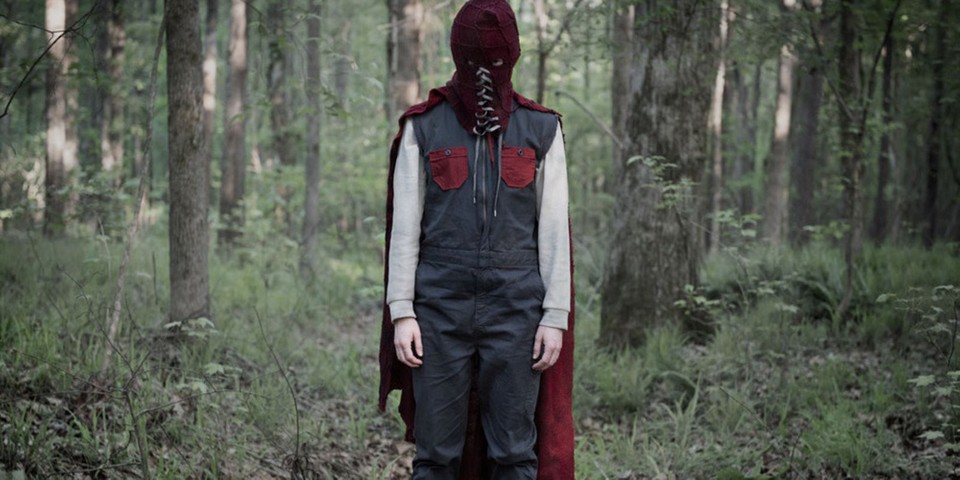 As the model for what the perfect, All-American superhero should be, Superman has been deconstructed to death. In particular his origin, an alien who crash lands in America’s heartland and is raised with love by the perfect parents. Their care and devotion is what gives Superman his good Midwestern values and humanity. But what if things had turned out a little bit differently? What if that alien who came to our world wasn’t a superhero at all? That’s the intriguing premise behind the deconstructive superhero horror Brightburn, which has teased a sadistic take on the Man of Steel’s upbringing. But whatever promise is held in the premise proves to be Kryptonite to creative storytelling, leaving us with a very familiar “bad seed” antagonist.

While promoted as being from the mind of Guardians of the Galaxy director James Gunn, the film is directed by frequent collaborator David Yarovesky, and penned by James’ brother Brian and cousin Mark. It still has the offbeat feel of James’ work, however, but its closer to Slither than anything he did for Marvel. More of a gentle ribbing than a middle finger to the superhero genre, Brightburn follows the Superman formula very tightly. Elizabeth Banks and David Denman are Tori and Kyle Brewer, wannabe parents whose prayers of having a child are answered in an unexpected way. When a red, glowing spaceship crashes in the nearby woods, they discover a crying baby and take him in as their own. The town of Brightburn, Kansas then becomes the adopted home of young Brandon Breyer (Jackson A. Dunne), who for the longest time seems like a normal child. At the onset of adolescence, when teenage rebellion and hormones run thick, Brandon is suddenly given a new calling, one that will find him using his newfound powers: super-speed, heat vision, flight, and invulnerability, basically everything Superman has, to wipe out the people around him.

It was clear within the first twenty minutes that Brightburn would be an exercise in unfulfilled potential. For me, the most interesting thing about Superman’s upbringing is the nature vs. nurture aspect, but for all of the many avenues that could be explored this film is extremely limited in scope. What would happen if a young Clark Kent landed in the yard of an abusive, neglectful family, turning their newfound child into a monster who spread a legacy of pain? Brightburn teases that but offers nothing, reducing Brandon’s motivations to artificial factors that leave him free from judgement. It’s boring and, frankly, pretty lazy.

While James Gunn is only listed as a producer, his influence is all over the place.  You can find many nods to his gory horror-comedy Slither (including a funny cameo by Gunn’s pal Michael Rooker), and the dark satirical tones of his workplace thriller The Belko Experiment. Yarovesky pulls directly from images captured in Zack Snyder’s Man of Steel, darkening their wistful optimism under a thundercloud of impending doom.  The violence is inconsistent, though, some of it fairly tame and bordering on PG-13, while others, like a driver’s unfortunate high-speed encounter with a steering wheel, are gruesome beyond words. It’s wild to see Superman’s powers used in such a horrific fashion, though, and if looked at as a twisted horror about a kid who goes on a killing spree with heat rays and shit, the film is actually pretty effective. The possibilities were endless, but Brightburn‘s aspirations are so low there’s little about it we could call super.