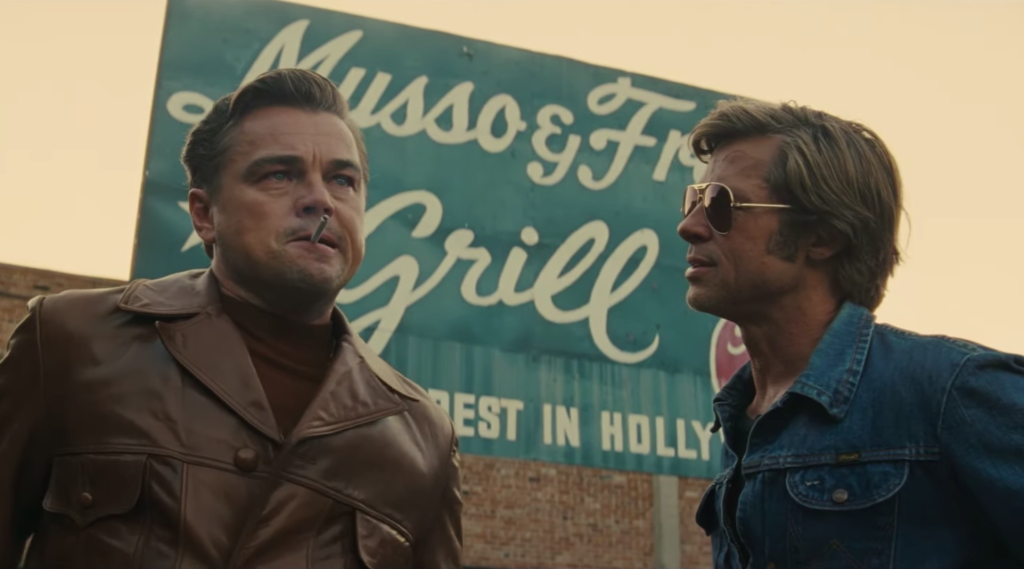 Now that Quentin Tarantino has demanded your silence over the plot of his 9th movie (Is he still retiring after 10??) Once Upon a Time in Hollywood, now’s the perfect time to drop a new trailer that reveals a little bit more.  And now that we know the director is keeping secrets about it, the more this looks like another case of revisionist history, or historical wish fulfillment, like his previous films Django Unchained and Inglourious Basterds.

The details remain firmly in place, and this thing is absolutely stacked with star power. Leonardo DiCaprio and Brad Pitt lead the show as TV actors looking for their big break into the movies, while the Manson Family Murders loom in the background. That brings in the story of Sharon Tate, played by Margot Robbie, and that’s where I think we’ll see Tarantino play really loose with the facts. But the best, and wackiest part may be Mike Moh whose portrayal of Bruce Lee is scary good. You know Tarantino’s going to have some fun with that.