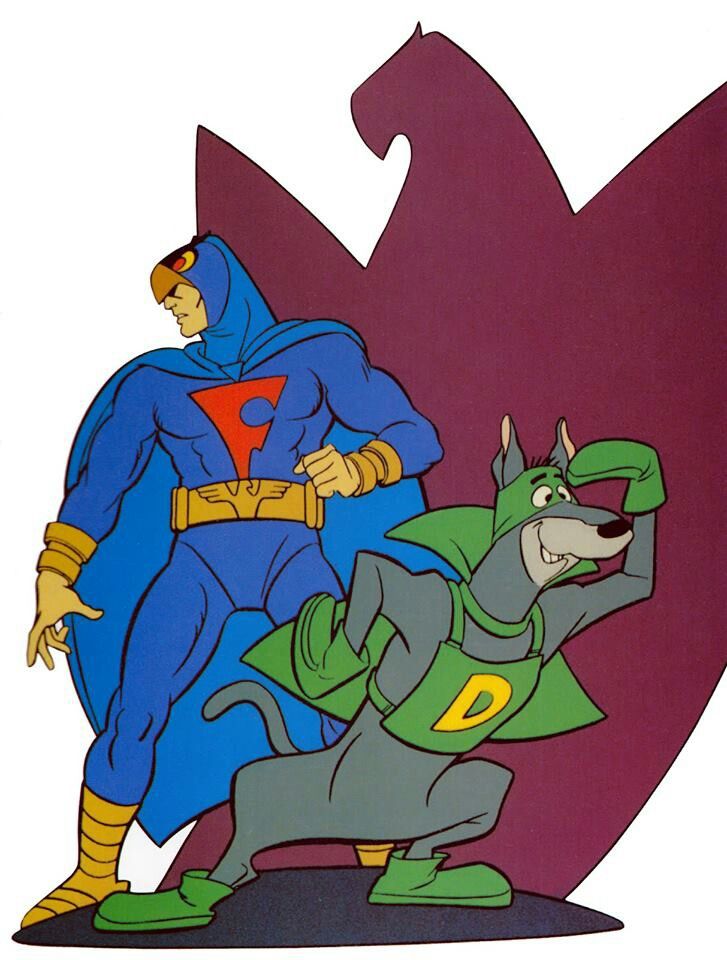 Warner Bros.’ animated Scooby-Doo film, which they are calling Scoob, isn’t just an all-star lineup of Hanna-Barbera favorites, it’s also got an all-star voice cast. The latest to join up is Mark Wahlberg, who will playing the superheroic Blue Falcon.

Wahlberg joins a voice cast that includes Zac Efron as Fred, Gina Rodriguez as Velma, Amanda Seyfried as Daphne, Will Forte as Shaggy, and Frank Welker as Scooby-Doo. The film will pull from Hanna-Barbera’s vast library of characters, creating a  cinematic universe of sorts, where practically anybody can show up. Tracy Morgan will be voicing Captain Caveman, for instance, with Kiersey Clemons as Dee Dee Sykes and new addition Jason Isaacs as the villainous Dick Dastardly.

Blue Falcon is the resident superhero of the Hanna-Barbera universe. His robo-canine pal Dynomutt will be voiced by Ken Jeong. Consider Blue Falcon a little bit like Batman, only less grim and violent. Under the guise of his civilian identity of millionaire socialite/art dealer Radley Crown, Blue Falcon monitors the world’s trouble spots from the Falcon Lair. They’ve teamed up with Scooby and the Mystery Inc. gang on numerous occasions, including 1976’s The Scooby-Doo/Dynomutt Hour.

For me, Blue Falcon and Dynomutt were always more interesting than Scooby, and I hope this leads to them getting their own movie in the future. That’s what using all of these Hanna-Barbera characters is for, right? To springboard multiple franchises?

Scoob will be directed by Tony Cervone and hit theaters on May 15th 2020. [Deadline]