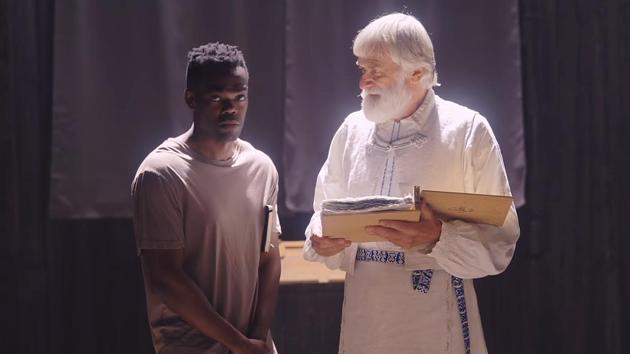 A look at the sunny, pastel colors of Ari Aster’s latest film, Midsommar, and you may have no idea how creepy it actually is. The previous trailer suggested a cult thriller in the vein of The Wicker Man, and those allusions are cemented further in the latest footage which takes all of the horror elements and brings them out into the open air.

Aster made a splash last year with his hit film, Hereditary, and based on that A24 has confidently placed Midsommar right in the thick of blockbuster season. The film stars Florence Pugh, Will Poulter, Jack Reynor, and The Good Place‘s William Jackson Harper as a group of friends, including one turbulent couple, on vacation in a small Swedish village during a festival. While it appears quaint and welcoming on the outside, something terrible and cult-like lurks beneath the surface.