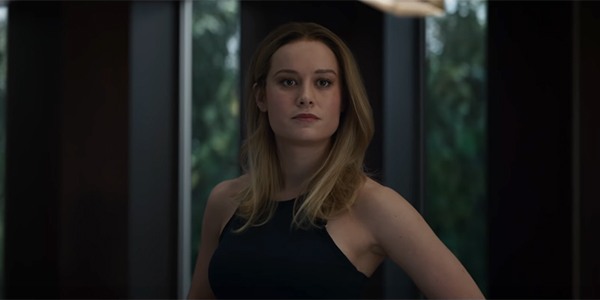 Between Captain Marvel and Avengers: Endgame, Marvel Studios has over $3B in box office already in 2019. Both movies continue to burn it up in theaters, but many can’t wait to watch these movies at home as much as they want. Well, now we know when that will happen.

Captain Marvel will be released digitally on May 28th, while a Bluray/DVD release arrives on June 11th. Currently, the Brie Larson-led superhero film has earned $1.1B worldwide and has seen a bump in attention thanks to Avengers: Endgame.  A new trailer accompanying the announcement has dropped, as well, featuring a look at the Nick Fury origin deleted scene.

Witness the rise of a hero in Marvel Studios’ #CaptainMarvel on Digital and @Movies_Anywhere May 28 and Blu-ray June 11. Pre-order now: https://t.co/cbgbpTZQbc pic.twitter.com/n4QsjxvYQP

While a home release date for Avengers: Endgame hasn’t been announced yet, and likely won’t for a while yet, we do know when it will be available on the Disney+ streaming service. Disney CEO Bob Iger revealed at a quarterly earning call that it will be available to stream on December 11th, which is not that far away.

As we previously learned, Disney+ will be the exclusive home for Marvel Studios content after their theatrical runs are complete.  The service is expected to launch on November 12th and cost $6.99 per month or $69.99 annually. For that price you not only get Marvel’s big screen flicks, but also brand new content such as WandaVision, Loki, Falcon and the Winter Soldier, and a Hawkeye series.